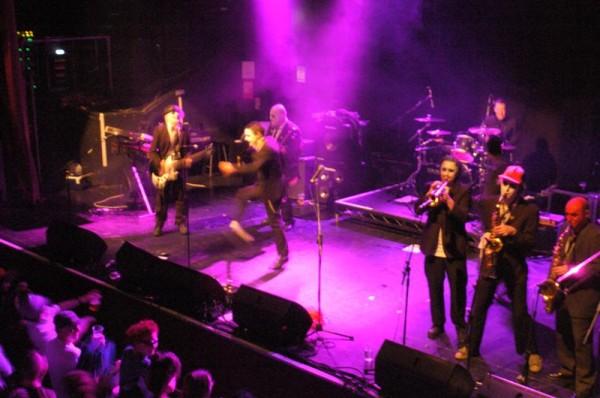 Young people who have experienced homelessness got a chance to showcase their musical skills last month as part of a project run by homeless charity, the Rock Trust.

Ten young people completed the course which saw them learn how to play guitar, sing and write their own songs.

The project culminated in a gig at the Acorn Centre in Edinburgh where the group played original compositions and cover songs. Rock Trust staff were joined by volunteer and member of the Edinburgh-based band Bombskare, Calum Cummings, who wrote an original song for the show.

Sarah Macgregor, a Compass project worker for Rock Trust, said the course had helped all the participants to grow in confidence and many have gone onto to make music a part of their lives. She added: “Some of them are answering adverts on Gumtree looking for musicians, or going to local music or drama groups. And some of them are still getting together to play. They told me they wouldn’t have had the confidence to do these things at the start of the course.”

Following the success of the music project Sarah says the Trust, which this year celebrates its 21st anniversary, plans to continue offering some kind of creative opportunity to help young people develop skills and confidence.

She explained the importance of offering creative opportunities alongside other support, saying it helped people work through the issues they’ve faced in the past and move on.