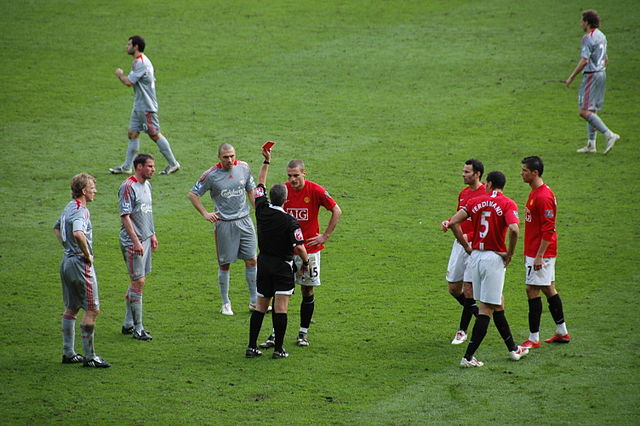 Police are piloting a project in London that could see yellow and red card warnings used to deter anti-social behaviour.

Project Spartiate uses the football-style system before progressing to arrest, prosecution and anti-social behaviour orders (Asbos). The pilot will run until April. The Metropolitan Police said no particular group or demographic was being targeted. However Victoria Business Improvement District (BID), a supporter of the project, said in published documents that its aims were to "reduce rough sleeping and associated antisocial behaviour in Victoria.”

Yellow cards warn the offender their behaviour is unacceptable and the consequences if it continues. The officer should also offer support such as housing, drug interventions and mental health support. The police work with groups including Connections at St Martin’s and the Passage to try and ensure that necessary support is in place, once a yellow card has been issued.

Red cards stress that the behaviour is unacceptable and explain that prosecution is likely. Its issue triggers research into whether an Asbo or other intervention is necessary. If behaviour continues then it is likely to lead to court action.

A spokesperson for the Metropolitan Police told The Pavement: “The idea is to persuade, advise and warn offenders to stop their behaviour before using the ultimate sanction of the criminal justice system.

“By using a sliding scale of warnings, police action can be proportionate but persistent offenders can be identified and those who continue to offend in Westminster will quickly see an increasing grade in the police response to their behaviour.”

Early indications of the pilot project are that 65 per cent of those given yellow cards have not gone on to commit further acts of anti-social behaviour in the area.