Violent man kicked out of the UK 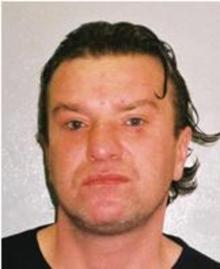 A rough sleeper who had been arrested 34 times and convicted of 28 offences has been sent back to his native Poland.

Piotr Kij was accused of committing acts of violence and bullying towards other homeless people and turning others to a “destructive way of life”, which involved excessive drinking and theft.

Sergeant Carl Jones of the Cathedral Local Policing Team, which covers Worcester city centre, said: “We welcome law-abiding immigrants who come to work in Worcester, but we’re using this piece of Europe-wide legislation to deport those who, instead of contributing to society, are actively involved in crime and disorder.”

“Since arriving in Worcester, Kij has been consistently violent and offensive, usually when drunk, to the extent he was considered one of our priority offenders in South Worcestershire.”

“He was a particular threat to other homeless people, bullying and threatening them to get what he wanted.”