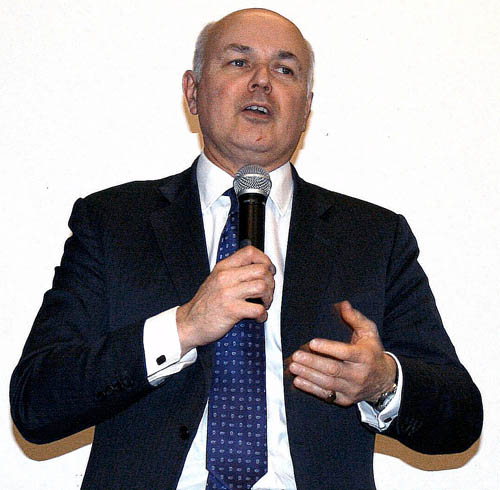 Conservative MP Iain Duncan Smith has claimed that Eastern European immigrants are using the Big Issue to exploit a loophole in the tax system, allowing them to claim benefits.

Mr Duncan Smith told the Times that “people mostly from Southern and Eastern Europe have actually ended up being Big Issue sellers”, making them self-employed and therefore able to claim working tax credits.

He emphasised that this is not a new development, saying: “Romanians have been claiming [working tax credits] for some time now, regardless of when they came in”.

The Work and Pensions Secretary made the comments during a speech in Berlin, where he praised the Big Issue calling it “a brilliant idea by a brilliant individual”. However, he used it as an anecdotal example of “in-work benefit tourism”, referring to it as “an issue that needs to be dealt with”.

The Big Issue responded to the comments, blaming the situation on the government’s own policy. A spokesperson said: “If the government feels that the rules applying to in-work and out-of-work benefits need changing, then they need to look at that carefully. It is wrong to promote the idea that the Big Issue is doing anything nefarious or harmful in adding to a problem which is not of its making”.

Speaking later to Channel 4, John Bird further rubbished Duncan Smith’s claims, saying successive governments had themselves created the problem by banning Romanian immigrants from getting a job, forcing them to be self-employed.

“They destroyed what was good about immigration,” he told Channel 4, “which was that you could come in, take a local job that nobody wants to do and work your way up. This argument is ridiculous.”

A Department of Work and Pensions spokesman said they had already taken action to close this loophole by introducing a minimum earnings threshold of £153 in March, meaning that anyone earning less cannot claim in-work benefits like tax credits.

The Big Issue says that the average weekly earnings of its vendors are currently £47.10.

The government also said the new earnings threshold would "help ensure that benefits only go to those who are genuinely working”.

Of the 3,500 vendors currently registered by the Big Issue, 25 per cent are Romanian or Roma, 66 per cent British and the remainder other nationalities.