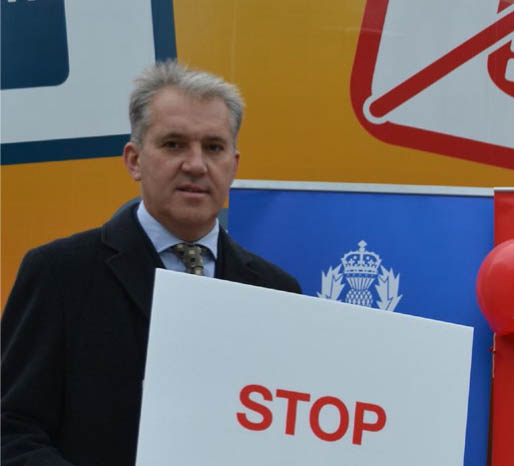 Shelter is calling on landlords to stop illegal evictions... or face arrest
New campaign to raise awareness that illegl eviction is a criminal offence

Housing and homelessness charity Shelter Scotland wants to raise awareness that it is a criminal offence to put someone out on the street.

The charity regularly receives calls from people who say they have been threatened with violence unless they leave. Some landlords will simply change the locks or cut off essential services such as gas, electricity and water.

Graeme Brown, Director of Shelter Scotland, said: "While most landlords in Glasgow behave professionally and treat their tenants with respect, there are some who still think they are above the law and evict people illegally to suit their own purposes.”

The campaign ‘Illegal Eviction – Know Your Rights’ is backed by Police Scotland and the Scottish Association of Landlords (SAL).

Angela Parker, National Manager for Crimestoppers in Scotland, said: “All private tenants are protected by the law and it is unacceptable that there are some cases where landlords are using illegal measures to remove people from their homes.

“We work with and support good landlords and it is a source of great concern that a small number of criminal landlords bring down the reputation of the whole industry through illegal eviction.”

The charity will run a roadshow tour of the country to inform people of their rights, starting with an event in Aberdeen on 6 November.