Getting back in touch 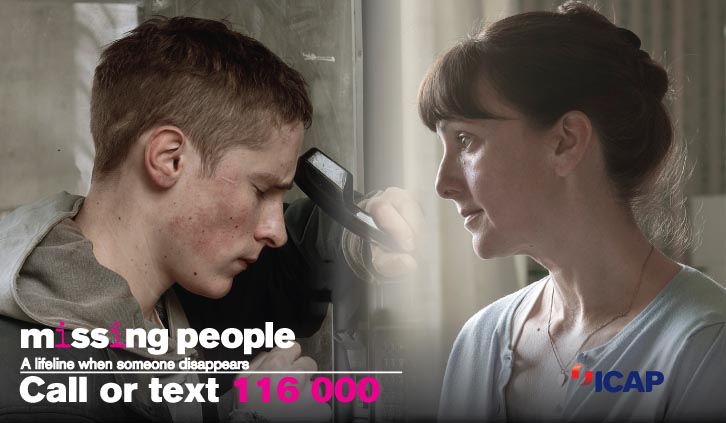 A report by the charity Missing People has called for better support to be provided for people who want to get back in touch with their loved ones.

The study – When the search is over: Reconnecting missing children and adults – found there are not enough services provided to help people prepare to get back in touch. It also highlighted a lack of understanding about how difficult getting back in touch can be for both the missing person and their families.

The report finds that Missing People should do more to promote its 24/7 helpline number.

The length of time that support was needed was also noted, with reconnections often taking place over a number of weeks. In 10 per cent of cases, it took more than a month to set up a three-way phone call involving the missing person and their loved ones.

Highlighting the need for ongoing support, the report also noted the ongoing need for help. According to data from the police, 39 per cent of those who go missing have already been missing more than once before.

Lucy Holmes, the author of the report, said: “When a missing child or adult is found it’s right that we feel relief, however we must also recognise that the period after reconnection can be tough for the returned person and for their family,” she added.

“It can be hard for returned people to talk about what happened, and it can be difficult for their family to know what to say, or whether they can ask questions.

”Underlying everything is the concern that the returned person might go away again – it can be very hard to rebuild trust. It is imperative that all returned children and adults, and their families, can access appropriate support to help prevent future disappearances, and to help repair the trauma.”

Research conducted last year by Geographies of Missing People suggested 16 per cent of men and 18 per cent of women who were considered missing slept rough during their period of separation. The report called on homeless charity to encourage clients to reconnect through the Missing People freephone service.

Tracey went missing in 2008 over the Christmas holidays. She was able to stay at Crisis, where she contacted Missing People. They contacted her parents and let them know she was okay.

But once the holidays were over, Tracey ended up sleeping rough. When she phoned Missing People again to see if her message had been passed on, Missing People told her they had managed to make contact with her parents; they wanted Tracey to know that they loved her and really wanted to speak with her.

Missing People’s Message Home service offered Tracey the chance to be a part of a three-way-call to her mum, which she accepted. Tracey spoke to her mum about what had been happening and at the end of the phone call gave her mum her mobile number.

Tracey’s mum promised to phone her mobile as soon as the three-way-call had finished to arrange to pick her up and take her back home.

• Call or text 116 000, Missing People’s 24/7 confidential helpline. It’s free if you don’t have credit. You can also email 116000@missingpeople.org.uk.
• Re-contacting loved ones directly can sometimes be daunting. Missing People can help you draft a message and will do their best to pass it on. Missing People can also provide you with a return message.
• Missing People can set up a three-way call between you, whoever you are trying to contact and a specially trained helpline advisor. They will stay on the phone to help you if the conversation gets emotional.