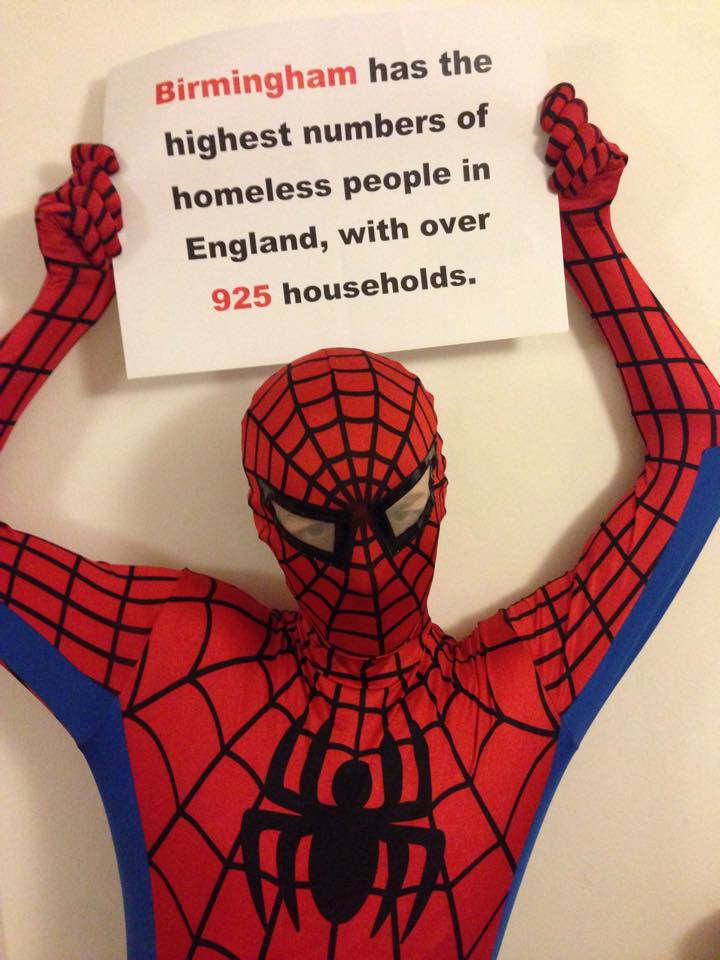 The anonymous Spiderman hands out food
By day he is a bartender. But by night, he is...

By day he is a bartender. But by night, he is... Spiderman. An anonymous man in Birmingham has been dressing up as the iconic superhero and handing out food on the people on the city's streets.

The 20-year-old, who like the comic book star wishes to keep his identity a secret, buys sandwiches from supermarkets and gives them to homeless people.

As well as going out on his own two evenings a week, @BrumSpiderman (to use his Twitter handle) has teamed up with the Albert Street Project soup run (Wednesdays from 7pm to 9pm in the Albert Street car park) and is raising money for local youth homeless charity St Basil’s (www.justgiving.com/Brum-Spiderman).

“I’ve worked with homeless and vulnerable people for three or four years and love seeing the smiles on people’s faces,” he told the BBC.

< The homeless way is Essex Stereotypes sell for funders >