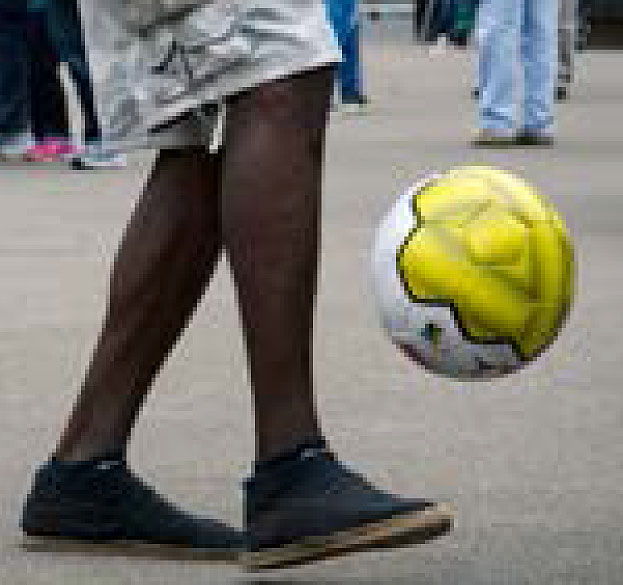 The Home Office has been covertly using a data map created by the Greater London Authority to deport vulnerable rough sleepers across Britain, according to a report from the Observer.

The data map, called ‘Chain – the Combined Homelessness and Information Network’ - tracks sensitive and deeply personal information, such as the nationality, gender and mental health of a rough sleeper.

After a number of requests for the map, the Home Office was granted access in September 2016 for a period of six months before homeless charities found out and raised concern.

The news follows the introduction of new guidance for immigration enforcement in 2016, allowing the deportation of EU nationals on the basis that they are sleeping rough.

Liberty, the human rights group, has made an official complaint to the European Commission.

Martha Spurrier, Liberty director, said: “Now even people forced to sleep on the streets will be frightened to seek support. Who knows where else the Home Office’s poisonous tentacles have reached?

“The government must come clean and end these secret deals or we will look to challenge them in court.”

Efforts to make prisons smoke-free are causing concern amongst prison staff. While prisons were excluded from the smoking ban of 2007, many prisons are phasing out tobacco in order to reduce the risk of second-hand smoke.

In Scotland, smoking will be officially banned in all prisons from November 2018.

However, riots in HMP Drake Hall in Staffordshire and rising levels of violence in HMP Cardiff following smoking bans have led staff to raise concerns that a smoking ban will cause a rise in violent incidents, vandalism and possession of contraband tobacco.

Proponents of the ban have promised that they will work closely with the NHS to help prisoners quit smoking safely.

Homeless women in Glasgow are to receive free sanitary products from the charity Simon Community Scotland.

The SCS will supply its ‘street teams’ with the sanitary products. The teams also carry food, needle exchange and sleeping bags.

The move follows an increase in the number of homeless women in Glasgow, and the sanitary cache comes accompanied by a pamphlet detailing access to wider services concerned with healthcare and housing across the city.

The packages – labelled ‘period friendly pax’ – are available in numerous locations such as homelessness services and day centres.

Monica Lennon, MSP, was delighted by the news, stating: “Access to sanitary products is about maintaining basic human rights and dignity."

A huge 224 council houses in Swansea were empty on 21 July, according to a Freedom of Information (FOI) request delivered on that date.

The news arrives as charity group The Wallich’s Rough Sleepers Intervention Team warned over a “worrying increase” in the number of homeless people across Wales.

The FOI also revealed that 12 council properties had been empty for up to six months, Wales Online has reported.

A spokesperson for Swansea council defended the number, claiming the figure was merely a “snapshot in time” and that on average there are only 60 council properties available for allocation weekly. Homelessness in Swansea currently increases by 21 per cent annually.

Homeless charity Crisis has predicted that unless the government takes swift action, the number of people homeless in Britain will double to a figure they project could be as high as 575,000.

The research, undertaken by Heriot-Watt University on behalf of Crisis, also forecasts those sleeping rough will more than quadruple to 40,100, having been estimated at 9,100 in 2016.

The report also says that London is likely to account for more than half the number of homeless living in England by 2041.

Crisis believe affordable housing will allay the figure, with chief executive Jon Sparkes saying: “With the right support at the right time, it doesn’t need to be inevitable”.

A community project in Wrexham is assisting homeless military veterans to build their own homes.

Working together with builders and contractors, the veterans are constructing 16 new flats in the town.

The project, organised by the Community Self Build Agency, aims to instil new skills from plastering to woodwork, ultimately leading to future employment for the veterans.

Wrexham council backs the scheme, which involves homeless veterans aged between 23 and 52.

Daniel Williams, who served in Afghanistan where he was diagnosed with post-traumatic stress disorder, is one of those involved in the project.

Williams told BBC News that the project was his “best experience” since leaving the army and said he was looking forward to “getting a trade at the end of it”.

A pilot project has been approved in Los Angeles that encourages homeowners to build second houses on their land to accommodate homeless people.

The project is one of Los Angeles County’s 47 strategies to eradicate homelessness, which has increased by 23 per cent in the past year, according to the Los Angeles Daily News.

Participating homeowners can receive up to $75,000 to build a second home, or up to $50,000 to refurbish existing buildings on their land to make them legally habitable.

Three-time Olympic gold medallist Tianna Bartoletta revealed that she has been homeless for the past few months.

The 31-year-old American track athlete alleged that she was forced to flee an abusive relationship, the National Post has reported.

Despite her ordeal, Bartoletta collected a bronze medal in the long jump at the London IAAF World Championships this August.

“I still have no actual address, all to give myself a chance at having a life and the love I deserved — one that didn’t involve fear or fighting, threats, and abuse,” Bartoletta revealed on Instagram following her podium finish.

New type of shelter in Manchester

A homeless shelter is being set up in the outskirts of Manchester that hopes to revolutionise the way such accommodation operates. The shelter, previously known as ‘Kashmir House’, has surveyed the city’s homeless people seeking to understand what services they need.

The 15 rooms will operate at a significantly cheaper rate than other local shelters, aiming to allow residents to save up for a new house of their own. Maria Marsden, the shelter's interim manager, told the Manchester Evening News, “Supported accommodation costs around £230, £240 a week.

“They would have to pay that unless they got other benefits – and Jobseekers will only give them up to £70 a week. So, basically, they’re no better off in work."

Three of the rooms will house a dedicated support worker alongside the person staying there, offering support in the hunt for their own accommodation.

The 2017 round of the Homeless World Cup began on 29 August at the Râdhusplassen city square in Oslo, Norway. The competition invites players from 54 countries across the globe who share the experience of homelessness.

The Big Issue reported that last year's competition, held in Glasgow, raised around £10m for various projects all over the world that provide employment opportunities to homeless people.

< Room to breathe Prison system in worst state in 60 years >