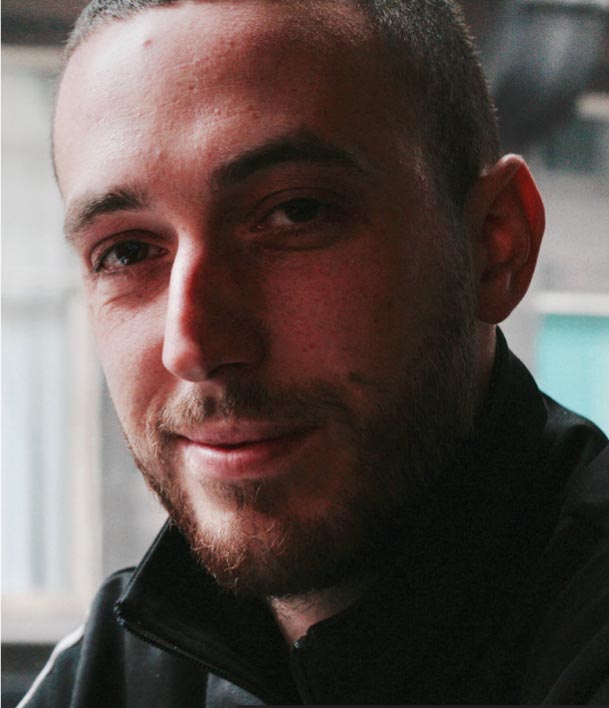 Joey Simons from Living Rent. © Jamie Jackson
A private let is now the most common last address given by people who end up homeless

A private let is now the most common last address given by people who end up homeless. Thanks to benefit caps, many people find themselves without somewhere to stay because they can no longer afford the bills.

It’s no wonder. UK rents are expected to rise faster than house prices over the next five years. The average monthly rent paid for new lettings in greater London in July was £1,564. Even in Scotland, rent has doubled in Scotland in just over a decade, and the average rent is now 78 per cent of the monthly income of an 18–20-year-old working full-time. But in Glasgow, residents are fighting back. Joey Simons, events organiser with the Glasgow branch of the Living Rent Tenants Union, tells Jamie Jackson why he’s campaigning to see Rent Pressure Zones introduced.

Jamie: What are your objectives and how are you going to achieve them?

Joey: Rents are increasing every year. Our objective is to get a rent pressure zone implemented across the whole of Glasgow to ensure that rents are capped. So far we've dealt with individual cases and we've done direct actions to prevent evictions or to ensure people get deposits back.

This is kind of on a bigger level, dealing with rents across the whole of the city. We want to use a variety of tactics basically to raise the issue of the rent pressure zone and to put pressure on Glasgow City Council to make that application to the Scottish Government.

Landlords and letting agencies and also politicians have been responsible for this situation, developing in Glasgow.

Jamie: If I wanted to get involved with this how could I take part in this direct action or canvassing?

Joey: People can come and organise in their own neighbourhood if they are concerned about rents in their place. Just go out and get in touch with Living Rent and we can go around door to door and speak to people and do some canvassing. We're organising a series of public meetings as well where people can come and talk about their own personal experience and bring their own ideas as well.

Jamie: Could you tell us a little about the SNP MSP Ruairi Kelly's involvement?

Joey: The SNP's is the largest part in the [coalition] Glasgow City Council but they are in a minority. It supports the idea of a rent pressure zone and to start making that application. We need to come at this from all angles so if we've got councillors and people within the city chambers to support a rent pressure zone and who are going to help that application and that’s excellent.

We need to work together: we need people getting out in their own communities, through people demonstrating the hardship that rent increases have caused them.

Jamie: What's brought you to work with living rent and what are the main issues that got you interested?

Joey: Well for me, it was being involved in political campaigns for a long time, things around benefit cuts, democratic rights, rights to protest in the streets. Housing is the key issue that's facing people cause no matter whether you're working or unemployed or if you are homeless housing is key to a dignified life.

There’s been a massive destruction in council housing, sell offs of public housing and demolitions. This has forced people into the private sector.

Personally, I've lived in ten different flats in the last ten years; that's just the reality of the private sector.

For me this campaign is something exciting, that's positive, that's got real potential to grow because there's been no housing organisation. There's been no tenancy union in Glasgow for a long time. Instead of responding to crisis there's a chance for tenants to organise together and build something long term.

What is a rental pressure zone?

From 1 December 2017, local councils in Scotland can apply to Scottish Government to have an area designated as a 'rent pressure zone' (RPZ) if they can prove that rents in the area are rising too much and the rent rises are causing problems for the tenants. It would mean rents in the city were capped for up to five years at the consumer price index plus one per cent.