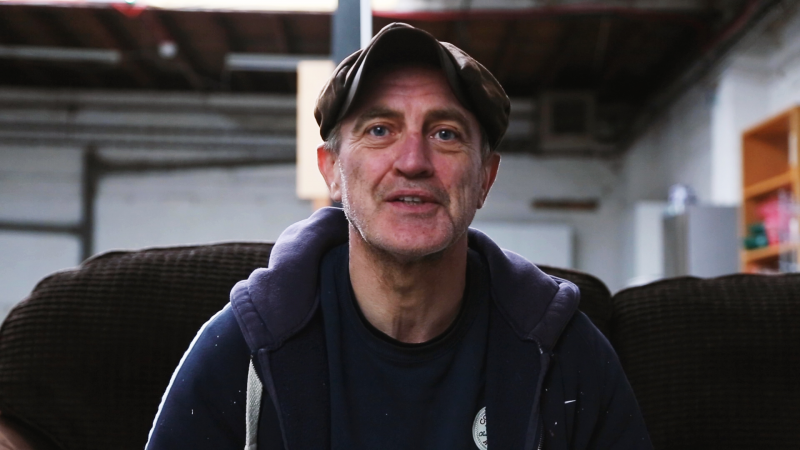 Streets Kitchen founder Jon Glackin: “We operate on the streets and we are not exclusive, everybody can use our services.” @ Nina B/Snack Productions

Jacqueline Messih meets Jon Glackin from Streets Kitchen, a grassroots solidarity group that aims to provide food, clothing and information through daily outreaches across London. At the heart of this operation is people and food

Jon Glackin is a founding member of Streets Kitchen. He believes food is a basic human right and Streets Kitchen fulfils that right. "Food is vital. The clue’s in the name, we try to bring the kitchen to the streets, it’s a simple service: everybody has the right to eat,” says Jon. Streets Kitchen does not only serve the homeless but also those on low incomes. The food is cooked by volunteers and is generally vegetarian and full of nutrition. To help people with sore teeth nothing is served that is too hard and there’s the option of hot or cold food. Also on offer are fruit, sweet treats, teas and coffees, but most importantly comes advice and conversation, establishing a sense of community and rapport.

On a typical outreach you will observe food as the centre of attention. Some people gather around the table and some join conversations, dispersed into small groups. The heat which radiates from the hot food and drinks creates a warming feeling, kissing the cold air and bringing relief to worn cheeks.

With so many people using the service, it begs the question whether homeless people have enough access to food? Jon notes: “Most other services are indoors and have certain rules and regulations, so some people mistrust it and come to us instead. We operate on the streets and we are not exclusive, everybody can use our services. We also signpost to other essential services.”

Jon adds that: “Food banks sadly are an essential part of life now. Ten years ago there weren’t so many but now it’s the fastest growing industry in the UK. But food bank food is meant to be cooked at home; spaghetti, potatoes, canned beans, so that’s a problem for the homeless community.”

Streets Kitchen operates on minimal spending by using food destined for waste: “There’s plenty of food being wasted and we sometimes access that food before it’s thrown out. We get food from Nando’s, City Harvest, Felix Project give to Refugee Community Kitchen and there are a lot of food waste groups now because people are beginning to recognise how much food is being wasted. If food waste were a country, it would be the third largest polluter in the world!”

Food banks also lack in nutritional foods and as a result Jon finds food poverty to be an issue, but not in the sense you might think. There’s “good food poverty," Jon says. “We get lots of pasta, potatoes and canned or packet food, but in terms of fresh vegetables that’s lacking. This is why we’ve set up some garden projects. In Islington we have a number of plots that grow fresh veg for us.” 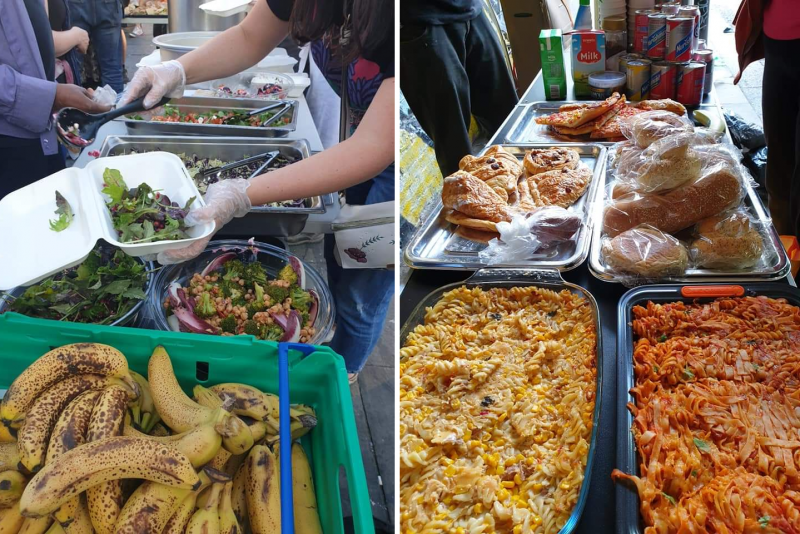 Jon acknowledges there is a link between food and death: “Homeless people die much younger than. people who are housed, there can be almost 30-years difference. That is due to lack of somewhere to live, lack of a healthy diet, poor health and bad habits that one could develop living on the streets, so a good diet is vital.” Streets Kitchen is a model that can be replicated anywhere but people use it because they are hungry. The only issue Jon sees for the future is that licences may need to be obtained in order to operate and serve food on the streets. In places like Westminster, there’s already an attack on food runs with talk of licenses – essentially making it harder to run services.

Jon stresses that in today’s world everybody seems to be struggling, not just the homeless community. “I created Streets Kitchen, to change the terminology and narrative, to make it more inclusive. It’s not just homeless people we serve, we serve people in hostels, people newly accommodated, people who have lost their benefits or have been sanctioned. We meet hundreds of hungry people every day.”