Not on my patch 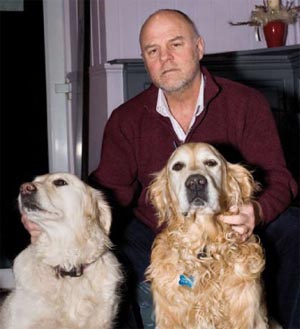 Maxx Preston and friends
Latest figures show that 13,000 homes were repossessed last year. A hotel proprietor in Edinburgh wanted to do his bit to ease the crisis, and ended up with a fight on his hands In the throes of the most serious economic downturn in history, the only way is down: financial experts say the worst is yet to come, and seemingly the entire world is now praying that jobs will be safe and that they have enough money to pay rents or mortgages at the end of the month. Meanwhile, the government could be accused of being more concerned about helping the financial system than for the people who voted for them. However, Maxx Preston, owner of the Hotel Ceilidh-Donia in Edinburgh, took the plunge two months ago and applied for a licence to provide temporary accommodation for homeless people. The Pavement caught up with him at his premises. "This is a business," he tells us, "but I also know that I can help people in the middle of the chaos we are experiencing just now." His neighbours, however, took exception to his plans and he is still awaiting Edinburgh Council's confirmation of the HMO licence application. "Simply, winter was coming and we had empty rooms. So we asked the council if they needed rooms for newly homeless families. We are people who are running a successful business, but thought we could help - for a short time - some unfortunate people who had just lost their homes. "As we have been a guest house or hotel for 25 years, we felt we had all the expertise necessary. Ethnic minorities and religions and the disabled have laws to stop society treating them differently so, why should homeless people carry a stigma?" Neighbours, however, were up in arms as soon as the plans became public, worried that the sudden arrival of up to 30 short-term residents would have a negative impact on the street. While an existing, long-term home for vulnerable adults had caused no problems, they had concerns about the impact of temporary homeless people on the street's 30-35 adults and young children. One resident expressed fear that the character of the locale would change completely, as no one would know who their neighbours were anymore. Undeterred, Maxx explains: "As we have a hotel, we always think of our neighbours' and our streets' needs equally with our own business needs. I can understand the concerns but to me it seems like there's a bit of the NIMBY about this whole thing. And people always assume that homelessness is about drugs, alcohol and crime. No one gets excited about Day Break House next door, which houses men who can't cope on their own. We were advised by the Council's housing officer that they would try and treat the area as ‚Äö?Ñ??sensitive' and house their ‚Äö?Ñ??less chaotic' clients there, but then I suppose trying and achieving are two very different things." "It was us who asked the Council to tell our neighbours of our plans, and within hours they had action groups and committees set up to stop us. The only neighbours who came to our door asked if we were still staying here with the homeless. When we said yes, then they said, ‚Äö?Ñ??OK, we know you will run it properly'. The others were probably worried about their house prices dropping." Added to this, Maxx tells us that a council employee who works in the Homeless Unit has told them that even if they get approval, that his department won't use them. Maxx expresses frustration at this. "It seems that the issues of homeless people issues are not important to the department that is supposed to look after them. We don't have to fit out an area specially for the homeless, it's the usual straightforward rules: clean rooms when necessary; no friends or family in the rooms, and so on. It seems unfair because what people need at this most traumatic time of their lives is support. That was one of the reasons we thought it would be good for families to stay here, as we are not a band B, we are a hotel, and we can provide meals all day. And while we thought about the possibility of losing some customers if they knew we were providing accommodation to homeless people, we only wanted to help families made newly homeless, and thought we could mix and match with our regulars." "I find it disappointing that people don't seem to care about others' problems."
< What\'s in \'No One Left Out\'? Funding boost >