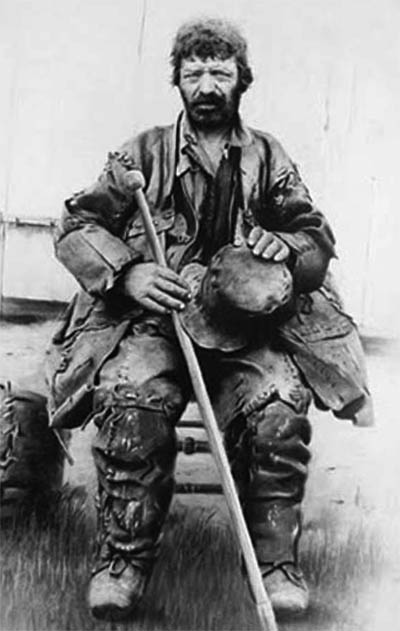 Many readers may have come across people on the streets wearing their own stitched-together clothes. However, it seems these self-tailored individuals have a precedent that goes back over 100 years on the east coast of the United States.

Known only as 'The Leatherman', he became well known in the late 19th century for travelling around wearing his own leather clothes. He reputedly slept outside in summer and winter, sleeping under his 60-pound leather outfit.

For around 30 years, he travelled around the small towns of New York and Connecticut, sleeping rough and relying on food handouts to survive. He would complete a loop of 365 miles every 34 days or so, and local families grew familiar with the strange sight. David Phelps, a local academic and author of Connecticut Legends, described the Leatherman as a well-meaning, undemanding character.

“He was totally benevolent. He didn’t want money, he didn’t stay overnight. He needed almost nothing except some food and some tobacco for his pipe. They were glad to contribute that.”

He passed away in 1889 and was buried in a roadside grave, rather than a cemetery. However, at the end of May, officials in the town of Ossining in New York state finally conducted a proper ceremony for his burial. The Ossining Historical Society had put in a special petition to have the Leatherman’s remains dug up and reburied in a cemetery in the town.

Despite being well known for his unusual clothing, he was famously tight-lipped and revealed little to local residents about his identity or personal history - hence his new grave being marked simply 'The Leatherman'.

The burial was not without controversy, however, with one history teacher campaigning for the remains to be left as they were in the roadside grave. Don Johnson who had taught his students about the Leatherman’s story, launched a website called ‘Leave the Leatherman Alone’.