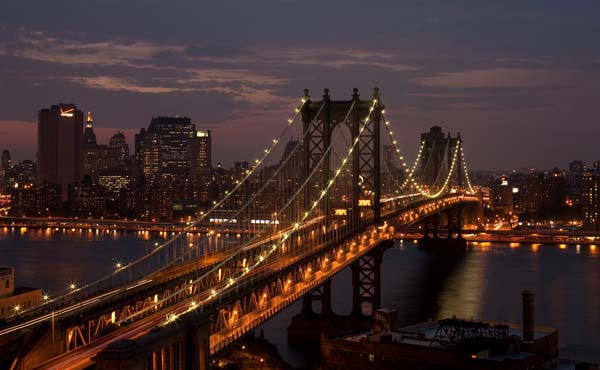 A homeless man living in the bowels of one of New York’s most iconic bridges, has been evicted by New York authorities, it has been reported.

The Daily Mail reported, earlier this month that a small community of homeless people had created tiny cramped shacks in the bridge, which shuttles hundreds of thousands of commuters from Manhattan to Brooklyn.

The discovery came to light after a concerned cyclist reported seeing a man who he believed may have been contemplating suicide on the bridge.

Shacks, built by those living in the bridge, were said to be tiny 10 feet-by-one-and-a-half feet homes – just big enough to lie down in. They were reportedly protected by bike locks. Possessions including bedding, clothing and cooking pots were also seen, stored in the tiny spaces.

However, a few weeks later a dozen police officers evicted a 57-year-old homeless man known only as ‘Joey’, dismantled his wooden shack and removed his possessions. The man was believed to have been taken to the Bellevue Men’s Shelter in Midtown Manhattan, and he told the Daily Mail that several others continued to live in the bridge.

The NYPD said that the home had to be demolished because it was dangerous for both ‘Joey’ and for those who use the cycle path of the bridge.

The bowels of bridges are used as hidden sleeping quarters in many cities, though authorities often evict rough sleepers when they become aware of their presence, blocking off entrance points to the innards of the bridge.

< Work training for 'vulnerable' Feed the homeless, face a fine >