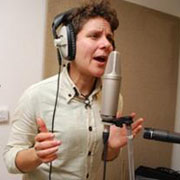 It’s Mental Health Awareness Week this month, something I know quite a lot about as it happens. My struggle to control my own mental health has been a big feature of my life. Understanding it, has become part of my life’s work.

I started self-harming around 14 because I was trapped in a school I didn’t want to be in. I had no control. No way of changing my fate. It felt like my own discovery, this behaviour; a natural response to my situation. I don’t feel that I had been exposed to it in the media or within my own family and as far as I was aware no one else was doing it at school.

I had, though, some awareness of anorexia. Famous sufferers made headlines that I recognised it as a response to their loss of control over their lives. When the only power you feel you have is over what you swallow, the obvious act of rebellion is to stop swallowing altogether. This resonated with me.

After the initial discovery, the urge to self-harm persisted. I felt like I was trying to kill myself. I hated it people explained that behaviour away as ‘crying for help’ or ‘attention seeking.’ If someone is seeking attention or crying for help – why don’t you give it to them? They actually really need it.

As a ‘cry for help’ it wasn’t very effective, self-harming tends to scare others: they run. But what I found was a strange sort of secret self-connection, despite the furtive bandaging and disgusting scars.

A lot later, at 32, I am confronting my inner wrangle, I am looking for triggers and discover that when I most want to self-harm is when the emotion is so great that it’s a tidal wave looming over me. It feels enormous and thunderous and I don’t understand why everybody doesn’t self-harm. Do I feel more than everyone else?

At 34, I’m at university and another student mentions the play they are in and there’s a character that self-harms. I go to watch and see a play that linked self-harming and sexual shame. This surprises me. But also makes me wonder, and think about my destructive and sometimes abusive relationships. Is this, in part, true for me?

The years go by and I feel like I’m closing in on the crux of why I do it. I examine a memory, one I feel I always knew about but had shoved away and at 37, I dare to remember, to think it through and hold it up to the light.

It’s a strange sensation as I do so – call it disassociation perhaps, that coping mechanism that human’s have, but I believe in God, so I frame it like this: my soul left my body. As I remembered, it felt like I saw it from above. I looked down on the ward, saw my cot. Then I saw the nurses enter because they could all hear my screams. But they didn’t come to comfort me. They shouted. And then they left. I don’t remember being picked up and held, I was voiceless, wrongly chastised and I never got cuddled.

When I ever was triggered, my head would flood back to the feeling that I was left with after that memory; the feelings that night in the hospital ward, frightened, unsoothed, hurt and confused, sad and raging. Each brought its own big wave of emotion.

I realised that self-harming was about several things. It was a response to trauma and to the overwhelming feelings I had about that. It was also my attempt to have my voice heard. I had no say in my mum divorcing my dad, or in the next one dying. I had no voice that could stop her beating me or my brothers.

It was a way of venting my rage that wasn’t allowed another outlet.

Mental health is like physical health – it can come and go. My mental health is now excellent because I lifted up the carpet and looked at everything I’d brushed under there. I’ve faced all my traumatic experiences. I’ve had my moments, but now I am as good as the best of them.

I’ll probably never forget the last time I self-harmed. I wanted a scar that mirrored my invisible misery. I discovered it didn’t change anything, and never would.

I had to ask for help, which takes courage, and I had to work harder than I thought possible to recover. No-one could say that was an easy time.

Now at 43, I have no desire to self-harm. I have unpacked all my baggage and I’ve washed and folded all the contents. And I’ve put them neatly away on a shelf, in the room of my wisdom.

I’d like to encourage you to do the same. Build that connection with yourself, and you will transform your life, like a snow-flake transforms to a drop of water, that is able to flow anywhere.

If you have been affected by these issues and need help, you can contact:

• Mental health and homelessness have a complex link where one is both the cause and result of the other.

• Around 70 per cent of people accessing homelessness services have a struggled with their mental health.

• The government’s mental health strategy identifies addressing the mental health needs of homeless people as a priority for action.

• Yet many people who find themselves homeless have been unable to access appropriate mental health support to support their needs in the way that works for them.

• 44 per cent of those with a mental health problem said they self-medicate with drugs or alcohol.

• 35 per cent of those with a mental health need said that they would like more support (including talking therapies and services for dual diagnosis) that is having both a mental health issue and a substance use problem.

• 60 per cent of people in homelessness services have been found to be affected by complex trauma, which has built up over time

• 14 per cent of clients stated that they self-harm. Only four per cent of the rest of the population suffer.

• One fifth of clients who had recently attended A&E had done so because of either mental health or self-harming.

• Only 10 per cent of clients have additional support from mental health services.

(Thanks to Homeless Link - www.homelesslink.org.uk)

< Bringing it back home Mindfulness >