Bringing it back home 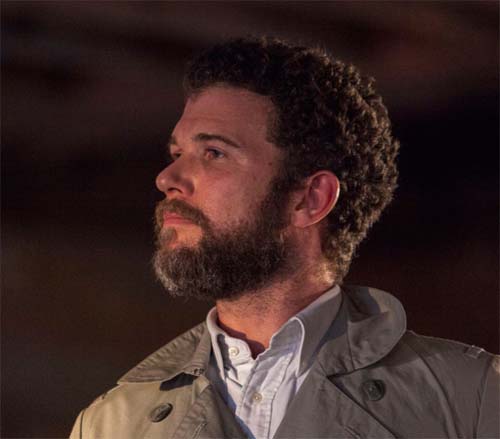 Kerry Norridge in Cardboard Theatre's recent production
It's all about homelessness in theatre right now...

What does home mean to you? It’s a question asked of all the characters in the National Theatre’s latest play, Home, which is based entirely on interviews carried out with the residents of an east London homeless hostel for young people.

Their answers are as varied as the cast. There’s Garden Boy, who finds sanctuary outdoors; Asian Young Mum, who keeps to herself; Ex-Resident, who can’t seem to stay away from Target East, the fictional hostel where the play is set. There’s even one character who communicates solely through beatboxing, representing the residents who were too shy or cautious to speak to writers.

But the National is far from the only theatre to make drama inspired by homelessness in recent months. In December, Cardboard Citizens staged We Are All Misfits to celebrate the Simon Community’s 50th anniversary. The Old Vic’s upcoming community play is entitled Housed. And at the Arcola Theatre in London, ex-Eastenders actor Gary Beadle is currently starring in Banksy: The Room In The Elephant, a play about a homeless man forced onto the streets of LA after the old water tank he was living in was tagged by Banksy – and removed by art dealers.

This is actually the second run of Home in the space of a year. But not everything in the production has stayed the same; the ending was tweaked after the unnamed hostel the play is based on was hit by severe funding cuts. “It just felt too important a story to not include it, especially in a bit of documentary theatre,” says writer and director Nadia Fall. “I hope it doesn't just leave people with that warm feeling inside but also that kind of sense of injustice and frustration and anger and wanting to do something about it." The stories that made it into the script aren’t even the worst ones, she explains: “Some of the stories were so bad and heartbreaking I didn't include them. When you're doing theatre documentary, or verbatim theatre as we call it, because it's based on real speech, some of those really big tragedies don't work as it feels unreal … you don't quite buy it as an audience.”

The response has been amazing, says Fall, with talk of a TV documentary on the cards. But whatever the future of Home, the people who inspired its characters will continue to be fully in the loop throughout the process – so far they've been sent videos of workshops, invited to rehearsals and given tickets for the show. “These are people that have become our friends and so we are interested in what's happening to them. You can't make stuff like this where it's just business,” says Fall.

Doing the right thing by homeless people who've inspired the show is also a key concerns of Tom Wainwright, the writer of Banksy: The Room In The Elephant. The inspiration for the story came from an article that director Emma Callander read about Tachowa Covington, the homeless man whose makeshift water-tank home became famous after Banksy scrawled ‘This looks a bit like an elephant’ across it.

At first, Wainwright was reluctant to take on the story. “I felt uncomfortable making a show about a real person who's been disposed of their property without knowing them, without having their consent... then I thought well actually maybe there's something in that, this twisted arts market. His home's been taken away from him, journalists are turning up 'cos they're sniffing a story, and now we're sniffing around – it feels like a kind of land grab… So we went down that route to explore the ethics of making a show about a real person who’s had something unfortunate happen to them.”

As it turned out, Covington heard about the play and through his friend Hal Samples, a journalist who had been filming him long before Banksy turned up, the team were put in contact with Covington himself, who was able to lend his support and share his story. And so, says Wainwright: “We wrote ourselves into the show”. The result is a mind-spinning mix of reality and fiction, with Samples’ documentary forming part of the show itself. Yet questions of morals were never far from their minds. “You can't deny that we are capitalising on Tachowa’s misfortune 'cos we're making this show, and the show’s done quite well,” says Wainwright. And though he did receive some of the profits from the first Edinburgh show, Wainwright admits: “What Tachowa probably really needed was that tank back.”

For Cardboard Citizens, the number of theatres now making work about homelessness is a welcome change from when their small company began in 1991. “When we started, nobody did anything with the arts with homeless people,” recalls Cardboard Citizens founder and artistic director Adrian Jackson. “Sometimes, if you were lucky, there was an unused pottery wheel in the corner – and nobody did anything with it. I think we can fairly say that we've been pretty much pioneering in this respect and have inspired others to replicate what we do around the country. There are lots of larger and smaller organisations, from Streetwise Opera to Collective Encounters, who do similar things in different ways.”

An important part of many of Cardboard Citizens’ productions is its use of forum theatre, in which the performance is stopped at various points and the audience is asked to suggest what should happen next or give their feedback.

“It's a way of engaging people in a debate,” explains Jackson, “and, in a very real practical way, people are engaged in the issues. So rather than just sitting back in your seat and thinking about stuff, you talk – and that's why it works well for us.”

As well as touring its current production of Glasshouse by Kate Tempest to theatres, hostels and prisons, Cardboard Citizens has a big, new mission up its sleeve. “We are about to embark on a fairly large-scale, long-term project looking at the housing crisis,” reveals Jackson, “and we're going to be working with and commissioning a number of partners, playwrights, theatre makers and social organisations to look at – over the next two years – how we've got to where we are with the housing crisis in this country.”

It’s unsurprising that housing should provide such a rich source of material for playwrights, after all it’s something that affects us all. But more and more organisations are actively including homeless participants as actors or contributors.

In Lancaster, members of the Lancaster and District Homeless Action Service are planning to start a theatre group that will tour prisons. Homeless Link has launched a new project called Get Creative: Arts For All, offering homeless organisations advice, guidance and free workshops from Streetwise Opera (visit homeless.org.uk/arts for more info). And the Old Vic’s new community production, Housed, was inspired by public feedback and workshops with local residents and organisations, including Crisis.

“We thought it [the play] was going to be all about the criminal justice system,” says Alex Ferris, associate director of Old Vic New Voices. “But then in one of the day-long workshops we did, I think out of the five improvisations that came out, four of them were about people being evicted from their homes … and the more we talked to people about it, the more we realised it's so universal.” The play is currently at the rehearsal stage, while all the community participants – some of whom have experience of homelessness – learn the ropes (and their lines) before the play opens in July.

In April, the Royal Exchange Theatre in Manchester held a one-day event looking specifically at homelessness and the theatre, entitled Backstage? Me? Organised in partnership with the Booth Centre, a local activity and advice centre for homeless people, the event gathered together homeless service users, organisations and practitioners to share ideas, experience and advice.

The Royal Exchange is now building up an online Good Practice Guide for anyone keen to combine arts activities with homeless outreach – be it a theatre group, homeless organisation, housing association or local authority. It is hoping the guide will provide practical advice and recommendations. And although its well-established projects with the Booth Centre are having to be scaled down due to cuts, the Booth Centre is applying for funding to work with the same theatre practitioner.

The Royal Exchange will also continue to offer free tickets to users of the Booth Centre and other selected community groups to widen access to the arts, and plans to expand its training-focused Progression Group from four members to 15.

Cardboard Citizens is also changing its approach, building up its provision of follow-up care and support. “The theatre is used as a catalyst for change, and then we help people make changes they want to make by supporting people through one-to-ones etc,” explains Jackson. “We still believe that everybody has a right to culture. And it can really be a central addition to people's lives.”

What? Glasshouse
Where? Various venues (in Barnsley, Doncaster and London)
When? Until 18 May
How much? Prices vary. However a limited number of £5 tickets are available for the Glasshouse shows at the Roundhouse (14-18 May) for people with experience of homelessness. Use the discount code CALIBAN when booking.
www.cardboardcitizens.org.uk

What? Housed
Where? The Old Vic
When? Mid-July
How much? Free (tickets can be booked from mid-May)
www.oldvictheatre.com

What? Banksy: The Room In The Elephant
Where? Various venues (in London, Oxford, Bristol, Cardiff and Edinburgh)
When? Until 17 May
How much? Prices vary by location
www.tobaccofactorytheatres.com

“I was a heroin addict for 15 years, which led me onto the streets. I was fortunate enough to get funding to go to rehab and get clean – but I was still left with the task of rebuilding a shattered life. The one before was centred round drugs and very limited.

I had a friend who was a member of Cardboard Citizens, who suggested I come along to a workshop. I did and things improved really quickly. I was able to step out of a very fearful, controlled state through little, managed steps and risktaking – and gradually go from interacting with other people to performing in a show. I made friends and found a new passion.

I went on to do some other acting and took a professional acting course, which I found quite traumatic. You have to be very strong, to believe in your talent to withstand the rejection and competitiveness … [But] Cardboard Citizens is a safe place. Using Theatre of the Oppressed, we do beautiful stuff that’s of value, of worth; we have fun; we build connections – and at the core is substance. We’re trying to improve, to find solutions.”