Sara stars on the Strand 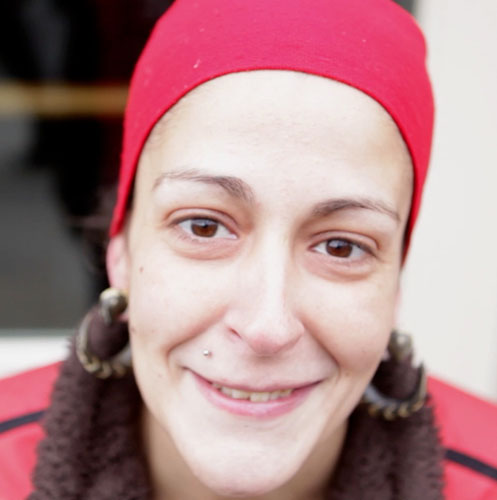 “I feel really proud of myself, because I know how far I’ve come”
A Spanish ventriloquist highlights the positive impact of selling the  Big Issue

A new short documentary about a Spanish Big Issue vendor, based on the Strand and looking to rebuild her life, premiered at April’s BAFTAs as part of a '1000 Londoners' documentary project.

Ten films from the project were shown last month, before being more widely released to play alongside feature films at Vue West (Leicester Square) and Vue Piccadilly in the capital.

One shows Sara, who is a ventriloquist performer in Spain, speaking of her experiences living as a homeless person in London. She explains the dangers of abusive relationships as a female sleeping rough, and tells how one of her best friends injected her with heroin for the first time.

Now clean, she points to her arm in the film: “One of the first marks I got from heroin, and every time I watch it, I feel really proud of myself, because I know how far I’ve come.”

The film highlights the positive impact that the Big Issue has made on her life, giving her an opportunity to interact with people, and she is shown at her pitch, entertaining passers-by. As she says, “It’s nice when you see someone smiling early morning. It makes your day make sense.”

The 10-minute film, made by Brixton production company and social enterprise Chocolate Films, also shows her reflecting on her past situation, her reluctance to go backwards and suffer another breakdown. She talks of her hopes for her future life and career, including owning a puppy – someone to love that will love her back.

She is full of pride for the work that she does and where it may take her.

Chocolate Films say the project '1000 Londoners' aims to create a ‘unique digital portrait', which will offer an insight into the lives of Londoners, whether they have been born and bred in the capital or lived there for just a week.

Each week, new films will be posted on their website, which aim to showcase a wide range of ages, religions, race, income, interests and opinions. Other films shown so far include the story of a Thames Water sewer worker, the UK’s most prominent hula-hooper and a Green Party councillor who has done a PhD in lying and deception.

Chocolate Films said they chose Sara to: "showcase the worries, cares and concerns of the people we see every day but very rarely truly engage with."

A spokesman added: “Whilst Sara has gone through many hard times, this documentary shows a hopeful and vibrant woman starting to recover from a very difficult period of her life.”

Sara said: “Since the film I’ve had other problems, but sometimes I watch the film and it makes me feel good. I look confident. You can see in the film how much I mean to people on the street. If I’m not there for the people when they are going to work, then people wonder why.”