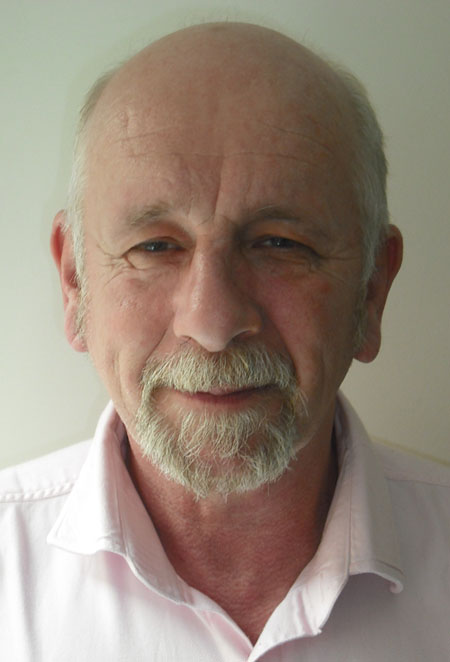 Paul Wilson, the inquiry's 'homelessness expert', has personal experience to draw on.
Inquiry will shine a light on how badly things can go wrong...

A special fact-finding inquiry has been launched by Healthwatch England in order to shine a light on how badly things can go wrong after vulnerable people – including rough sleepers – are discharged from health and social care institutions.

The ‘People’s Inquiry’ will aim to lift the lid on the dangers of discharging tens of thousands of mental health patients and homeless or elderly people, who are often left without any support.

The consumer champion organisation said it comes in response to ‘disturbing’ stories that it has heard from people across the country, including homeless people discharged straight back on to the streets after major surgery and elderly dementia patients sent back to homes where there is no food or warmth.

Individuals who have first-hand experience of ‘unsafe discharge’ are key players in the team leading Healthwatch England’s first inquiry, since it was formed in 2012. Its recommendations will be made in the autumn.

The Pavement has raised concerns about the way that homeless people are discharged from hospital on to the streets for many years.

A variety of London-based organisations and individuals have contacted the magazine with distressing stories of people who have slept rough while still recovering from serious illness or surgery.

Many charities across the UK have already taken up the issue. Last year, the UK government commissioned Homeless Link and St Mungo’s to write a report which found that 70 per cent of homeless people were discharged from hospital on to the streets.

The Healthwatch inquiry was one of the recommendations of the report and has been welcomed by St Mungo’s Broadway.

The inquiry will involve 148 local Healthwatch public hearings, site visits and focus groups to reach out to the public across the whole of the country.

The team of researchers will listen to and record the real life experiences of the discharge process and make recommendations about what can be done to improve the system.

It has cost the NHS an estimated £2.4 billion.

According to research in 2010, in a six-month period, 40 per cent of homeless people used Accident & Emergency at least once, and nearly a third were admitted to hospital. No figure has been put on the cost.

Healthwatch England are convinced that much of the suffering of homeless people, as well as those who are elderly and who have mental health problems, could be avoided with better planning.

Anna Bradley, chair of Healthwatch England, said: "Taking the time to ask patients about how they are going to cope when they return home and ensuring everyone has the support they need sounds simple, but all too often fails to happen.

"Sadly, it's when people fall through the gaps between the different health and social care services that serious problems occur, leading to unnecessary suffering for those involved and costing the taxpayer billions in additional care costs.”

A number of pilot projects, including a 24-bed supported discharge project run by St Mungo's Broadway are also to be rolled out in coming months.

The project was also a key recommendation of the report, which proceeded the launch of the enquiry.

Paul is homelessness expert on the Special Inquiry Advisory Group

"I never expected it to happen to me. I was married, had two kids, ran my own construction firm. But it all fell apart. My marriage broke down and I found myself on the streets. I remember that first night on the Strand; I felt strangely excited, like everything was going to be OK.

At the time I didn’t realise it was going to take years. By this time I had a major drink problem – I was drinking several bottles of brandy a day. I’d sit on the street with a group of other guys. We didn’t do anyone any harm and the police left us alone.

One day I was playing American football with a bottle of brandy and I snapped my ligaments. I was taken to hospital and given the very best treatment. And then at the end, I was discharged straight back on to the street. The nurse knew I couldn’t get a tube (I couldn’t have got down the escalators), so they got me a taxi to the Strand.

I was dropped there with my carrier bags, out of my head on morphine tablets, and expected to recover from major surgery.

In the end, I went to a detoxing hostel – I was there for three months – and it was then that I got Cognitive Behavioural Therapy (CBT) at a project run by Broadway. I was in supported housing and six months after that I was asked to be on Broadway’s board. When they first asked me I laughed – I’m a Scouser, a builder. What do I know about being on boards? But they said: “You’ve been through it. You know what it’s all about.”

I was delighted to be asked to take part in this Healthwatch inquiry. The sad thing is that my experience is far from uncommon.

The thing about this inquiry is that it’s six months long – that gives us time to get to the nitty-gritty of what is really going wrong, and what could help to change it. It’s no good if you can get treatment, but after that you can’t get housing and have nowhere to recover. You will just end up back in hospital and it snowballs. It ends up in a vicious circle.

If all the different organisations can just find better ways of working together, of talking to one another, then we can get an awful lot done. And make an awful lot of difference."

Sara stars on the Strand >