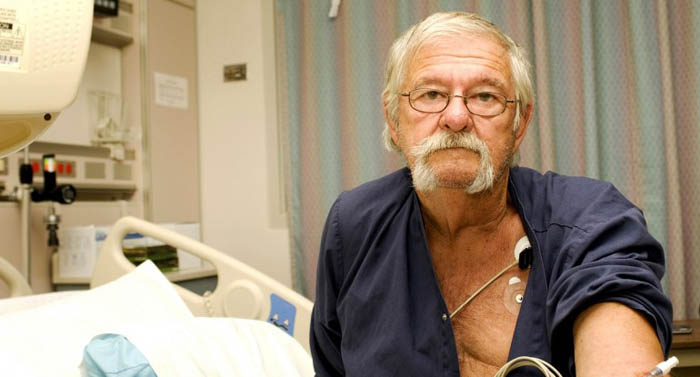 Homeless people are less likely to get the medical help they need (© Homeless Link)
A worrying number of people who are sleeping rough are not receiving the medical attention they need, according to Homeless Link.

A worrying number of people who are sleeping rough are not receiving the medical attention they need, according to a report by Homeless Link.

The unhealthy state of homelessness: Health audit results 2014 suggests that seven per cent of homeless people (approximately 77,000 people, according to official statistics) have been denied access to a GP or a dentist over the past 12 months.

It also shows a large number of homeless people believe they are not receiving the help they need for their own health problems.

Almost half of those with physical health problems believe they need more help than they are getting, while a similar percentage of those living with mental health issues believe they are in need of more help.

The report also reveals that more than seven in 10 homeless people are living with one or more physical health problems and four out of five participants in the study indicated they had mental health issues.

In response to the study, the Homeless Link’s chief executive, Rick Henderson, has called for more cooperation to help tackle the health issue:

He said: “The link between not having a home and experiencing illness is clear, and homelessness must be recognised as a public health issue across the health system. This means working in partnership with charities to better identify an individual’s housing situation and taking action early to prevent health problems getting worse.

“We know that when this happens, significant improvements can be made to people’s wellbeing. It also reduces the impact on the public purse. We are calling for the political and financial backing to ensure this continues.”

On the back of the report, Homeless Link has made a number of recommendations for that better care. The report calls for “all homelessness services to support clients to ensure that they are registered with GP, dental and optician services and receive an assessment” in order to try and provide those in need with the same support as the general public.

The report also suggested that primary care services should be better integrated with the other services homeless patients require to regain and maintain their health, such as substance use services, welfare advice, adequate accommodation or hospital in-reach.

At present, homeless people are four times more likely to need help from acute NHS services than the general population, costing around £85m per year.

The introduction of more joined-up services is likely to help reduce the risk of homeless people continuously requiring help for similar reasons, leading to an increase in an individual’s general health, while simultaneously saving the NHS money.

Earlier this year, Healthwatch England launched an inquiry into so-called “unsafe discharge” from hospital of vulnerable people. Their evidence so far includes stories of seriously ill homeless people sent back to the streets, or to unsuitable accommodation.