Mother of all campaigns 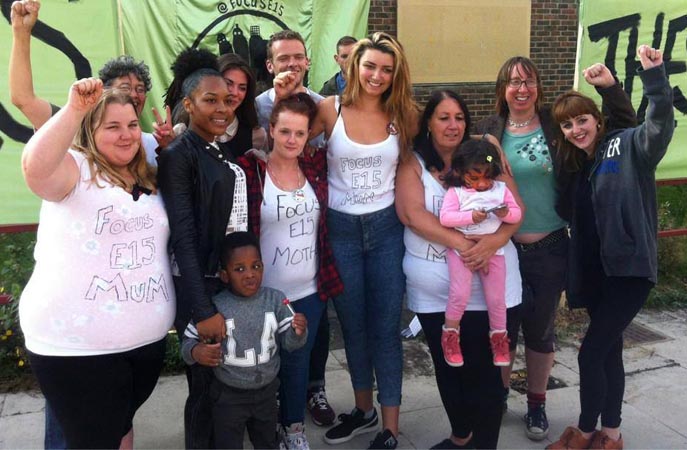 A group of mothers from London’s East End who started a campaign for affordable homes after being evicted from their hostel in Newham have occupied a housing estate in protest at the shortage of affordable housing.

The original Focus E15 mothers campaign was a group of young mothers housed in a hostel run by East Thames Housing Association to accommodate young people under 25, many of whom were homelessness.

When Newham Council decided to close the hostel, the women were offered alternatives in cities across England including Birmingham and Manchester. But they started a campaign, which saw them all rehoused in the area.

Last month, increasingly frustrated by London’s housing problems, they decided to take their campaign a step further and moved into the flats in the boarded-up and earmarked for demolition Carpenters Estate in Stratford, east London. The flats have been sold to a developer who will ‘regenerate’ the area.

Mother-of-one Jasmin Stone, 20, one of the leaders of the Focus E15 campaign, told the Evening Standard: “Since we started our campaign last September, we have met hundreds, if not thousands, or people of all ages who are really suffering with housing problems. We need to stand together and fight for a decent housing for everybody.

“Newham should not be for one class of people. There are too many council homes being sold off and they are being built into luxury flats. We want to repopulate this council estate.”

However Newham’s Councillor Andrew Baikie, the area’s mayoral adviser for housing, said the Carpenters Estate was “not viable”.