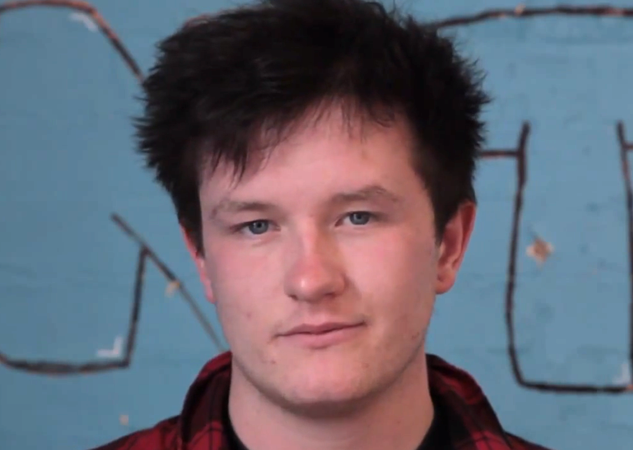 Harry’s Story, made by the Community Film Unit, was one of 10 shortlisted films about recovery which were shown at events around the country last month as part of the festival, delivered in partnership with charities including including Turning Point, Phoenix Futures and Alcohol Concern.

Anyone who has been affected by addiction was asked to enter a three-minute film around the theme of “deserving a future” to highlight the challenges of recovery. Over 30 films made the longlist, all tackling diverse themes around the battle to recovery, from criminality to the need for support.

The films were judged by a panel of industry experts including David Cohen, a psychologist, writer and documentary filmmaker.

The winning entry sees Harry Doherty, 19, who at the time of filming was on JobSeeker’s Allowance and on placement with Mossley Youth Club, where he hopes to gain a traineeship and work apprenticeship to work in the future, speaking of what led to his addiction to methamphetamines.

His attempt to deal with his mental health disorders by taking drugs spiralled quickly out of control and he was soon taking 3g of meth amphetamines – sometimes called crystal meth or Ice – every day.

In the film he says of his recovery: “I know a fair few of my old friends are all homeless now. They’re in their early twenties. Who’s to say in a few years I’ll still be around. It’s hard, you know, it is hard. But you never get better. You just learn to cope.”

The three-minute film is based on a 90-minute interview Harry did with film makers, allowing them to chose key moments to tell his story with maximum impact.

“This is a really great idea and platform that has been put together by a variety of different partners. We’re very delighted to have won it,” said Matthew Joblin of the Community Film Unit. “Most of all, it’s a fantastic competition, and the people who should really be celebrated are the people in each of the films and the partners running the competition and bringing their stories to a wider audience.”

And some more good news: since filming, Harry has started a business administration apprenticeship with Mossley Youth Club.

Mitch Winehouse, who launched the festival and has supported addiction charities since his daughter’s death from an overdose, said: "This film festival is another great example of Britain’s recovery community giving something back to society and reaching out to share their stories, and hopefully in turn save lives."