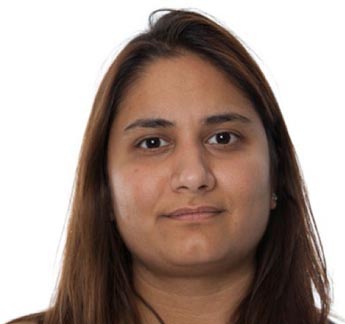 Last month the Pavement brought you news that a parliamentary inquiry found Bed and Breakfast accommodation was not suitable for young people leaving care.

Barnardo’s director Puja Darbari spent a night in a B&B to find out for herself how it felt. She tells us why it's simply not acceptable that hundreds of young people are still ending up there.

Over 800 care leavers, some as young as 16, were placed in unsuitable B&B accommodation last year. Recently, I spent the night at one of these B&Bs to see for myself the type of accommodation that care leavers are faced with. For those who have visions of a home away from home, think again. While there are many B&Bs out there that seek to deliver a comfortable night’s sleep, there are also those that fall far short of this vision. And it is in these B&Bs, the most dilapidated and unsafe, that some of our most vulnerable children can find themselves staying.

In my room there were no towels; the smoke alarm had been covered with a plastic bag; there was a pest control box near my bed; and significant damp and mould on the walls and around the window. It was apparent that the room hadn’t been cleaned for quite some time as layer upon layer of dust and dirt was caked onto surfaces.

The care leavers that we work with tell us that decent and stable accommodation is one of the most important things that they need and it is clear that B&Bs can’t and don’t provide this. Even the Department for Education’s guidance recognises that this is not suitable accommodation for care leavers. Yet figures released earlier this month by Barnardo’s show that use of B&Bs for this group is widespread, with 73per cent of local authorities in England placing care leavers in B&B accommodation in 2013–14.

While I don’t want children as young as 16 years old driven to the streets by arguing we should ban their use, I do think it is appalling and incredibly depressing that 307 care leavers out of the 800 placed in B&Bs last year stayed longer than 28 days. One night was enough for me.

I arrived at my location feeling relatively positive but as I entered the building I became aware of just how grim this stay was going to be. Damp and moold were taking over my room but the most worrying aspect was the smoke alarm – covered with a plastic bag – as I had no way of knowing if it was working. Aside from this, it was my visit to the toilet which scared me the most, as the door simply didn’t lock properly. I knew the slightest pressure and it would be open. That was the last time I went to the toilet.

For me, the most surprising aspect of the experience was the feeling of loneliness. I had nobody to talk to and nothing to do and as a result found my anxiety levels increasing.

To help ensure that going forward, care leavers will have a better experience than I did when they are in need of a roof over their head, Barnardo’s has launched new guidance for local authorities, as part of their ‘Beyond Care’ campaign. This will help offer better alternatives and meet the housing needs of care leavers.

Although some local authorities are already offering better options such as crashpads, Night Stop and supported lodgings, the charity is calling for them to only resort to offering care leavers B&B accommodation in emergency situations and as a last resort. The fact that many care leavers are kept in these places for over a month shows that this isn’t a one-off problem.

Having a secure and supported place to live is an important stepping stone to building a promising future when moving beyond care, giving young people the skills to cope on their own and the confidence to be independent. They have already had a difficult childhood that most of us can’t imagine and without on-going support are more likely than their peers to become homeless, be unemployed and spend time in prison.

As I reflect on my stay I feel enormously privileged. The absolute horror is that there are children in these risky and dangerous places and they don’t have any support. Surely we need to do better by them.