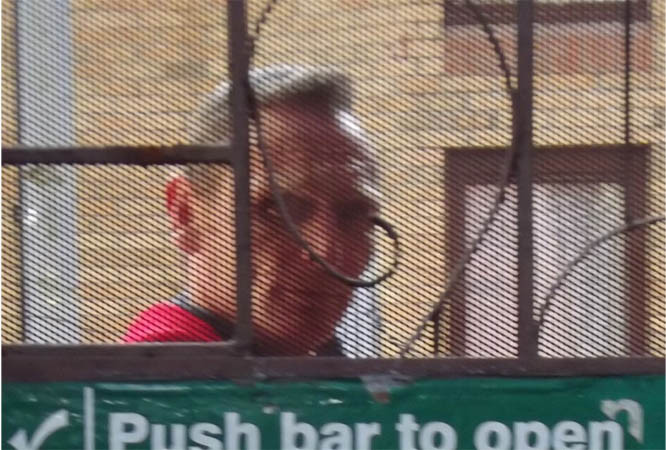 Stephen Fairley was sanction despite constant job searches. © WOTS
The Word on the Street team, many of whom have been sanctioned, report

It was a Saturday morning when Stephen Fairley went to the cash machine and found that though he should have been paid his fortnightly Jobseeker’s Allowance, he had no money in his account.

He felt panicked. What could have happened? For almost two years, he had been faithfully looked for work, completing almost obsessive job searches and applying for a minimum of 30 jobs each week. He knew people’s benefits were being sanctioned left, right and centre, but didn’t think it could happen to him.

On Monday, he found out that his worst nightmare had come true: his advisor had “sent his paperwork upstairs” to be considered for a sanction because although he had applied for the agreed number of jobs, there had been a further 30 jobs that he could have applied for on the government’s Universal Jobmatch website that week.

His benefits had been stopped for two weeks. He managed to apply for a crisis loan, but even that took a couple of days to go through. And after the two weeks, instead of the full amount (£144.80 for the fortnight), he was given a £84 hardship payment to get through the fortnight.

“The thing that really annoys me is that I was doing so many computer searches for jobs that I was actually told that I should also be doing other things to help me get work,” he says. “I was applying for everything from dishwasher to chef or even waiter. I’ve applied for literally hundreds of jobs. If my advisor had flagged those jobs for me to apply for, I would have.”

Of course, Stephen’s situation is far from unique.

Last year more than one million sanctions were imposed – over a fifth of all jobseekers receive a sanction at some point.

In a survey by Homeless Link, 90 per cent of homeless accommodation services said their clients had been sanctioned.

The effects can be devastating. Official DWP guidance shows decision makers should expect people who are sanctioned to go people go cold and hungry.

Unfortunately, in many cases, it goes much further. A recent freedom of information request by the Disability News Service found that the Department for Work and Pensions has carried out 60 peer reviews following the deaths of customers. In 49 of these cases, benefit claimants had been sanctioned.

James (not his real name), who has been sanctioned three times, knows all too well the psychological stress of being denied benefits. “The thing was that when I got the next sanction, I felt so angry and powerless, I just felt like stabbing people. But, of course, I would never do that. And what happens is that you just repress that and you internalise it and end up damaging yourself. You’ve no way of speaking about it.

“The weight started falling off in the weeks after that,” he explains. “You don’t want to eat because…you can’t get it out your head how much they were b*stards and how much you’re left alone in the world”.

As a new report, Time to Rethink Benefit Sanctions, published by a coalition of Christian charities at the end of last month, states that while the physical effects may be obvious to all, “the personal costs of shame, demoralisation and destruction of self-worth are much harder to measure.”

What most find so frustrating is sanctions don’t help get people jobs. A survey of Citizens Advice Bureau staff, including in the charity’s report on sanctions last July, found that two-thirds did not believe sanctions encouraged people to look more actively for work.

Citizens Advice Scotland policy officer Gael Scott said: “We see people whose health is deteriorating and who are visibly anxious and distressed. We have been consistently calling for a full review of the sanctions regime.”

It’s a call that’s been recognised at last by the House of Commons Work and Pensions committee which last month found an independent review on the use of welfare benefit sanctions to investigate whether they are being applied fairly was needed.

Meanwhile Stephen Fairley has appealed his sanction. He stands a good chance of having it over-turned: six in 10 are when challenged. But in many ways it’s too late. “I’m trying to rise above it, but it’s hard,” he says. Now when I go in and see my advisor, I find it hard to take her seriously. The trust is gone.”

If you are sanctioned, you may be paid no benefit for four weeks and possibly longer, but you should be able to claim a hardship payment. You must show that you or your family will suffer hardship unless a payment is made and that you have no other sources of support.

If you are from a “vulnerable group” (pregnant, with caring responsibilies, disability, under 18 or recently in care etc), you can apply for a hardship payment immediately. If successful, you will be paid next time your benefit is due.

If you are not in a vulnerable group, you must wait 15 days from when the sanction began before you can claim a hardship payment.

Meanwhile, you may be entitled to an emergency payment or, in Scotland, a crisis grant from the Scottish Welfare Office. Contact your local council or housing benefit office to apply.

It is always worth appealing – the success rate is high and if you win, you not only get your money back but you also reduce your vulnerability to future sanctions.

If you want to challenge a benefit decision, you must ask the DWP to look at the decision again before you can appeal. This is called mandatory reconsideration.

The deadline for lodging an appeal is one month from the date of the decision notice, so act quickly. Ask any Citizens Advice Bureau for help – they appeal sanctions every day. At an appeal hearing, you have the right to be represented and to have a Welfare Rights Officer with you.

www.gov.uk/government/publications/appeals-process-changes-for-dwp-benefits-and-child-maintenance or phone: 0845 608 8545 (from landlines)

You can also see: www.justice.gov.uk/tribunals/sscs