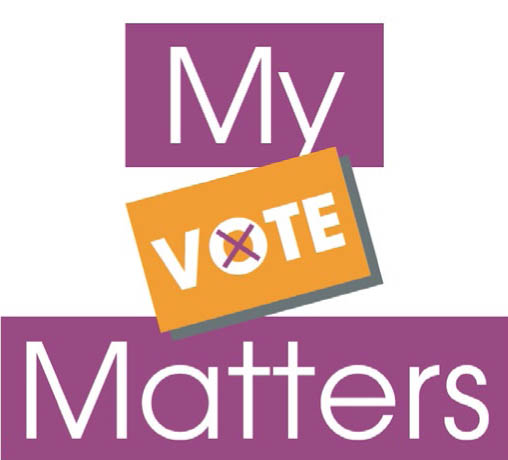 Logfo from Homeless Link’s campaign
On 7 May, you have a chance to have your say on which political party should hold the reins. We find out what they say on the issues that matter.

It’s hard to believe, but only three per cent of 1,000 people interviewed last autumn by opinion researchers Ipsos MORI agreed that housing was the most important issue facing Britain today. Incidentally, immigration, the economy and terrorism proved the biggest hitters.

At the recent launch of St Mungo’s Broadway election manifesto, it was pointed out that homelessness does not win votes.

Lib Dem, Tory and Labour MPs sat on the panel. They all listened to and agreed with the manifesto, which called for those in power to urgently address the issues that lead to homelessness, but none of them really pledged to do anything.

So what do they really think on the issues that matter? While the manifestos aren’t out yet, The Pavement has pulled together the headline promises of the leading parties.

It seems most agree we “need” austerity to eradicate the deficit. So it looks as if more cuts are on the agenda. This doesn’t bode well for homeless services, so register by 20 April (even if you have no fixed address) and make your vote count.

The Conservatives are “building an economy that delivers for people who work hard and play by the rules”. They plan to ‘reward’ those who are willing to work by capping benefits, making sure they don’t rise faster than wages and introducing Universal Credit. They claim employment is at an all-time high and say they have created 2.1million apprenticeships.

In terms of housing, they are keen to support the first-time buyer; if they get in, under 40s could buy – at 20 per cent below the market rate – one of the 100,000 starter homes they are planning to build.

Labour ‘guarantee’ a paid starter job for all 18–25year-olds who have been out of paid employment for over a year and all over-25s who have been signing on for more than two years. Anyone “lacking basic skills” would get benefits only if they took up the training to rectify this.

They want to tackle the rental market and build more homes – 200,000 a year by 2020 – and want to create new towns and garden cities. They also plan to cap private rent increases and scrap rip-off letting agency fees. They intend to make better use of empty houses and would offer greater powers for councils to fill them.

Shadow Housing Minister Emma Reynolds, MP, has said that Labour would “establish a review to develop a long-term strategy to tackle homelessness and rough sleeping”.

As part of the current government, they boast of introducing a benefit cap so no one can get more than the average working family. They want to make sure people aren’t worse off if they get a low-paid job.

The Lib Dems are planning to launch a ‘rent-to-own scheme’ that would allow people to build up a share in their home through renting. They also plan to build 300,000 houses a year, with up to five new garden cities.

According to housing spokesperson Stephen Williams, MP, the Lib Dem are planning a “review of single homeless provision”.

The Greens have pledged to “end austerity” and fund public services with the introduction of the a Robin Hood tax on the banks and a wealth tax on the top one per cent of earners. They aim to create one million jobs paying at least the living wage.

On housing, they want to scrap Right to Buy and the buy-to-let mortgage interest tax allowance. They plan to cap rents and build 500,000 social rented homes by 2020.

UKIP supports “a simplified, streamlined welfare system” and a benefit cap. It says it wants to protect green belt land, so they plan to create a UK brownfield agency to distribute grants, tax breaks and low-interest loans to encourage people to build affordable housing on brownfield sites.

The SNP claims it has “taken a lead in the UK” by prioritising affordable housing and investing in communities. They “continue to be committed” to social housing. They will be provide 125,000 modern apprenticeships and make sure that every 16–19 year-old in Scotland who is not in work is offered learning or training opportunities.

Register to vote by 20 April: www.gov.uk/register-to-vote