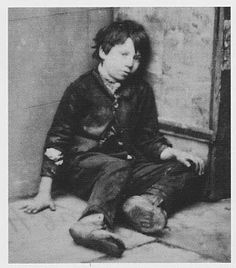 Legal experts have warned that a recent Supreme Court decision could lead to an increase in the most vulnerable people – including families with children under five – becoming street homeless.

In a recent case, the Supreme Court ruled that there is “no need” for a possession order to evict homeless people from temporary accommodation while the occupants await their local authority’s decision on whether or not to provide interim accommodation. The county court grants landlords a possession order, which ends an occupant’s legal rights to live in the property.

Expensive rental costs and a lack of available legal aid mean that some evicted families have no choice but to sleep rough.

“[The Supreme Court’s ruling] protects the purse of profiteering landlords and hoteliers who charge astronomical rates to accommodate the homeless as contractual licensees,” she said.

The ruling, she explained, means that homeless people can be evicted from their temporary accommodation without due process: “There is no longer any safety net.”

Redbridge Council deemed Ellie Johnson (not her real name), a mother-of-two, to be unsuitable for interim housing. She was forced to leave her temporary accommodation immediately.

Wendy Pettifer, who has been representing Ellie, added: “Due to legal aid cuts, Ellie was unable to find a solicitor to help her challenge a decision of intentional homelessness made by Redbridge Council in April 2014.

“She now forced to live with her elderly father and two siblings in a two-bedroom house in Haringey, where she sleeps with her husband and children in the living room. Haringey Social Services have refused to help her.”

The situation can be even more stark for migrants. One worker at a London-based migrant centre said that she regularly worked with families who were turned away from homelessness services. One family she had worked with spent the night sleeping on the floor of a church, the other in a stairwell.

However, William Flack, who works for TV Edwards Solicitors and was involved in the original legal case with the Supreme Court, disputes the court’s decision and is appealing to the European Court of Human Rights to intervene.

“People in temporary accommodation deserve respect to be shown to their home and it shouldn’t be taken away from them without a tribunal,” he said.