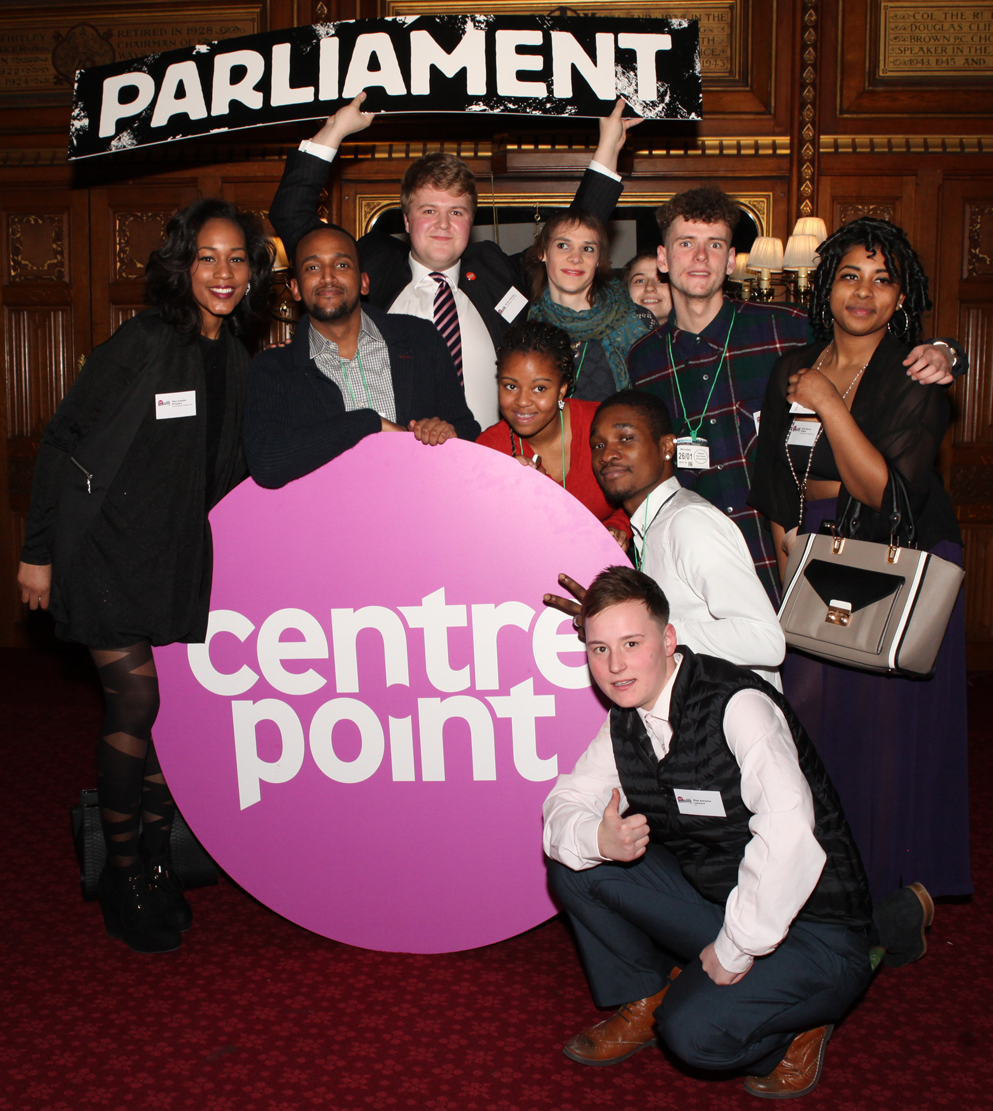 A little over a year ago, Aimee MacDonald had no interest in politics. But other residents at the Centrepoint hostel where she lives saw her leadership potential, and bugged and pestered until she agreed to stand as a candidate for the Centrepoint Parliament. And, to her surprise, Aimee was elected chair. Her response? “Cool, but why?!”

The Centrepoint Parliament is a dedicated group of 16–25-year-olds who live in different Centrepoint hostels. Every year, residents vote for ten new members – to represent them in discussions with senior staff, lobby government and campaign on issues affecting all young people.

Members get eight weeks of training and hold monthly meetings where they discuss hostel issues and how to resolve them. They also carry out wider political campaigns, which call for improvements in education, employment and benefits for young people. Any Centrepoint resident can stand for election.

Launched in 2010, it aims to ensure young homeless people have their voices heard.

Aimee, 23, came to Centrepoint around 18 months ago, after sleeping rough for seven cold months. Not knowing what to do or who to turn to, she had bedded down in parks and churches. “It’s quite a deep pit to fall in,” she says. “It’s easy to not see any light and just give up. I think young people are especially scared to ask for help, at least I was. I was too shy to go and talk to anyone, even a GP.”

Now Aimee sees the importance of having a voice: “I feel that homeless young people want to speak up, they feel that they’ve got stuff to say, but that nobody wants to listen to them. So it’s good to have the [Centrepoint] Parliament, because it’s a parliament you have to take seriously, it’s not just a bunch of random people. It’s more organised now.”

Fighting the government's proposed cuts to Housing Benefit for 18–21-year-olds was a key pledge on Aimee's election manifesto. This is a huge issue for the 74 per cent of Centrepoint residents who are under 21 – and many other vulnerable young people. "For me, Housing Benefit is not a lifestyle choice,” writes Aimee on her Inside Housing blog. “It is a lifeline that has helped me to change my dream of becoming a game developer into an achievable goal. It has given me the space, a house to wash and sleep in, to complete vital internships.

"If [young people] can no longer claim Housing Benefit, they may have no choice but to sleep on the streets again, and without support they may stay there for a very long time."

As well as helping raise awareness around the impact of benefit cuts, Aimee’s work as chair of the Centrepoint Parliament has helped her personally too. She says: “I’ve grown so much.

"Two years ago I was too shy to apply for a job. Now I’m forced to talk in front of people.

"I had to go and speak in the House of Commons and I was okay with it.” Next on her goal list is to start a three-year apprenticeship with Accenture technology company.

She’s also much more engaged with politics and her community. “What makes me angry is that there’s really no real services for homeless people,” she says. “If you go to your local council’s housing department they can’t even tell you where to go to find help. It’s really, really useless. It’s not just that the government’s not doing enough, but they’re actually working against homeless people for some reason.”

But Aimee has been lucky, she says: “Centrepoint is supposed to be a safe zone, or an incubator. I’ve made loads of mistakes before, everybody does, but now I have the opportunity to try different things; you can learn about yourself.

"I wouldn’t have been able to do that if I was homeless or if I didn’t have that opportunity to clear my thoughts and get rid of all the negativity that’s been implanted in there.”

< Doing it for the kids Something to fight for >