Something to fight for 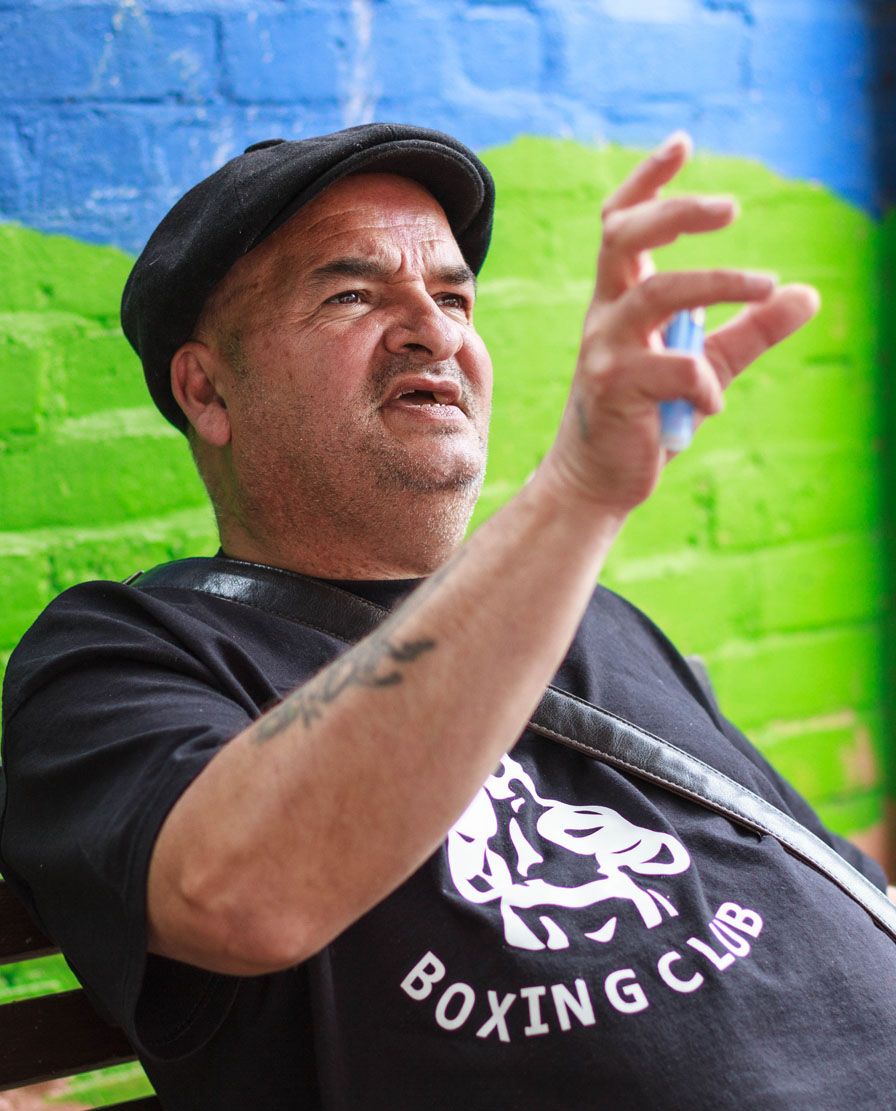 Caris Boxing Club. © Eddie Ngugi
Who would think that boxing could help homeless people turn their lives around?

Who would think that boxing could help you turn your life around? Kevin Paul for one, never expected that it would. “I used to get into fights a lot when I was younger,” he says. “When I was 19 years old, I ended up in prison for fighting. But boxing is completely different.”

The boxing club that the now 28-year-old German national is part of is far from run-of-the-mill. Welcome to Caris, the first boxing club for homeless people to be registered with the Amateur Boxing Association. Founded by Sam Hatfield, a London-based boxing coach, the club is credited with transforming the lives of scores of men and women, young and old, who come to its twice weekly training sessions, held in a school gym hall in Islington.

Four years ago Sam had a heart attack and almost died. He closed down the construction business he ran, planning to take a year off but found himself sinking into a deep depression.

“I wasn’t leaving the house of anything,” he says. “One of my friends who was volunteering in a shelter suggested that I come down and volunteer with him. Some of the young guys just sat around playing Playstation, so I thought I’d bring along some pads and gloves and see if they wanted to try them out. They loved it.”

He trained in drug and alcohol addition, as well as mental health and made it his mission to help give young homeless people a second chance. “When I looked at these young guys and compared them with my own kids I felt as if their lives had been stolen,” he explains. “I’d meet people who’d come out of the care system, who’d been in prison or had addictions. I believe in everyone I work with. At Caris we’re a team; we’re a family.”

And now Kevin is part of that family.

“I thought I’d find work as a welder when I came to the UK,“ he says. “But it turned out that it was not all that easy.” He ran out of money after four weeks and found himself sleeping rough in Southwark. “It was still winter and it was bloody cold. But I suppose I was lucky: I met a lot of people who helped me.” Someone told him about the Manna Centre, where he could go for something to eat and a heat, and supplied him with a copy of The Pavement magazine. From there, he found the Caris Winter Shelter, where Sam Hatfield is a trustee.

“Sam turned up and we chatted away. He said: “What do you think about boxing? Big guy like you?”

I thought it sounded great so he said he would pick me up on the way to the training session that Sunday. It turns out I’m a natural," he laughs.

“When I fought before there were no rules. But this is all about respect. That is what Sam is trying to teach. Boxing is just a way of getting there. It has changed my life, and the lives of many others too. It’s very obvious that Sam really cares about us and that gives you a good feeling.”

As a self-confessed rebel, Kevin often felt judged; he never fitted in. But at Caris, he does. “I feel like I’ve found acceptance here for the first time,” he says.

It was at the club too that Kevin met a friend of Sam’s who offered him work at the docks in Felixstowe and a caravan to stay in: “We talked and found a bit of a bond,” says Kevin. “He could see I wasn’t a quitter. I won’t do this job forever but it’s helping me get back on my feet financially. And then who knows. I’m ready for whatever the next step might be.”

Caris runs training sessions Friday nights at 7:30pm and Sunday mornings at 11:30. All training is free and everyone is welcome. To find out more contact Sam at carisboxing@hotmail.com or on 07940775651 or see www.carisboxing.com

< Shout it out Photography? Picture this! >