Focus: round in circles 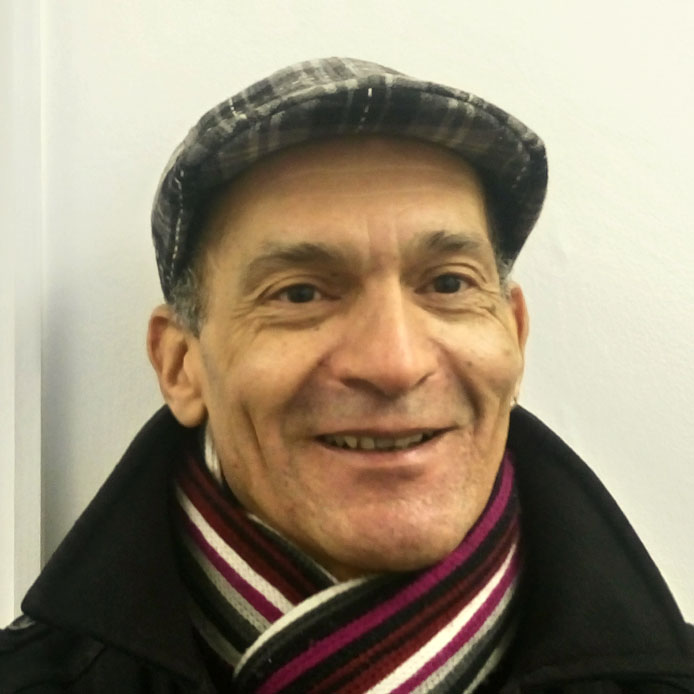 Jeremy: I feel let down by the police and most of the services I’ve approached
When Jeremy Hayden ended up homeless, he also had mental health and drug problems and couldn't get help. He investigates why, and finds his experience is worryingly common.

When Jeremy Hayden ended up homeless, he also had mental health and drug problems and couldn’t get help. He investigates why, and finds his experience is worryingly common.

“It’s fucked up. I’m supposed to be looked after. I feel let down by the police and most of the services I’ve approached.”

Spending time in one of London’s day centres, it didn’t take me long to come across someone who’d struggled to get the help he needed when facing a combination of mental health and substance use problems. ‘Sid’ (as he asked to be called) was telling me about one of many times he’d been locked up in the police station. In desperation, he’d put his trousers around his neck. He told me he did it to get a glass of water, but the result was being left in his cell in his boxer shorts – no mental health assessment, no follow-up to see what help was needed.

The story was much the same when he found himself in A&E. “They ask ‘Are you feeling suicidal?’, but that’s the question they have to ask so they can take everything off you,” is the way he sees it.

Sid is a 33-year-old Polish national who’s been an alcoholic for 20 years and who's dabbled with other drugs. He’s also had issues with depression and anxiety. Recently, the legal high Spice has been giving him psychotic symptoms.

He’s a qualified electrician and has worked most of his adult life. He came to the UK seven years ago hoping to get away from the monotony of his existence in Poland. Unfortunately, for one reason and another, he found himself homeless and living rough on the streets of London.

To be honest, from my own knowledge of “dual diagnosis”, his story wasn’t a surprise. That’s the term used to describe someone who has both mental health issues and a drug or alcohol problem, and as I’m sure you already know, it’s pretty common among people who are homeless.

It’s something I have first-hand of experience of. And as a former street outreach worker, I’ve come across too many others in the same boat too.

According to the CHAIN database, where information about rough sleepers is collated by charity St Mungo’s, over 40 per cent of rough sleepers have problems with alcohol, 31 per cent with drugs and 46 per cent with their mental health. Other reports suggest the true figures may be higher, and yet support is hard to come by.

Using a Freedom of Information request, St Mungo’s asked health and local authority commissioners in 111 areas with 10 or more rough sleepers on any one night to identify services providing mental health assessment, support and treatment for adults sleeping rough, and found that over two-thirds provide no specialist help.

Lee Murphy, manager of St Mungo’s Lifeworks service, says many people’s health needs are based on trauma, but few ever get either assessment or treatment.

Mental health issues, addictions and homelessness rolled into one: I’ve been there and done it. I’ll acknowledge that we’re not always the easiest group to work with. Sometimes we miss appointments. Sometimes we get angry. Sometimes we find it hard to trust the services that are supposed to be helping us.

Back to Sid. Some may think his attempts to get help have been limited. He’d gone to a few appointments for drug and alcohol support, and missed a couple more. But, as he says, surviving life on the streets has been the priority. It’s not easy getting help when just getting a shower is a challenge.

Others have found that even when you really try, it’s still hard to get the help. I know that getting help to address my “personality disorder” has been a real struggle. Groundswell’s peer researchers, who have been homeless themselves, asked people experiencing homelessness for their thoughts on dual diagnosis.

“I was told that I wouldn’t be able to access any kind of [mental health] therapy until I’d got a handle on my drug and alcohol use,” one said. “[But] that why I needed the support in the first place.” People are facing a Catch-22 situation that’s putting them at breaking point.

I know how this feels. I’ve waited months for services, watching my condition moving towards crisis. And I know the frustration and desperation you feel due to having to jump hurdles and hoops just to get accepted on to the waiting list in the first place.

“I agree very much that it should be that everybody gets quality access and should be able to get their needs met wherever they present,” she says. “But unfortunately, because of the way services are set up (and partially because of the way that they are funded at the moment), there is this split between drug and alcohol services and mental health services and it’s difficult to get treatment all in the one place.”

But she insists that work to improve things is being done. “I feel strongly it should be up to us to provide the best service we can.”

Let’s hope that work pays off.

Guidelines from NICE (National Institute for Health and Care Excellence, the organisation that regulates the NHS) recommend both are treated at the same time. But in a recent report, it admits this has been a goal for many years and hasn’t been achieved.

It’s also something that all of us who have suffered from these issues know. We know help has to be there when you ask for it. And that a six-month waiting list just won’t cut it.

“I have stood there and screamed. That’s happened a few times when I felt that I haven’t been listened to or heard. I’ve been kicked out and banned from more places than I care to remember.”

“The biggest problem for me is that of being bounced from one service to another.”

“It’s as if the system is almost designed to send you over the edge.”

"Access criteria? What the fuck is that? I was desperate and needed a service but apparently, I didn’t fit!"

"I was told that I wouldn’t be able to access any kind of therapy until I’d got a handle on my drug and alcohol use... that why I needed the support in the first place."

"I thought that things were moving until I realised that I was on a waiting list of anything between six to eight months. In fact, after my assessment, it took a further 14 months before I was offered a service. My identified worker could barely look me in the eye, let alone relate to, or talk with, me."

•   Symptoms of dual diagnosis include depression and bipolar disorder, anxiety disorders, including panic disorder, obsessive compulsive disorder and phobias and other psychiatric disorders, such as schizophrenia and personality diasorders.
•   The symptoms of drug- and alcohol-induced psychosis and psychotic illness can overlap and mask each other, making an accurate diagnosis difficult.
•   It is important that you get a mental health assessment by a doctor or psychiatrist so that can get the right treatment.
•   Substance misuse and untreated mental ill health are associated with a greater risk of suicide: 16 per cent of all substance misusers will take their own lives.
•   Having a mental health diagnosis significantly increases an individual’s risk of misusing alcohol and drugs.

Where to get help

Ask your GP for a referral to your local Dual Diagnosis or Community Mental Health team.