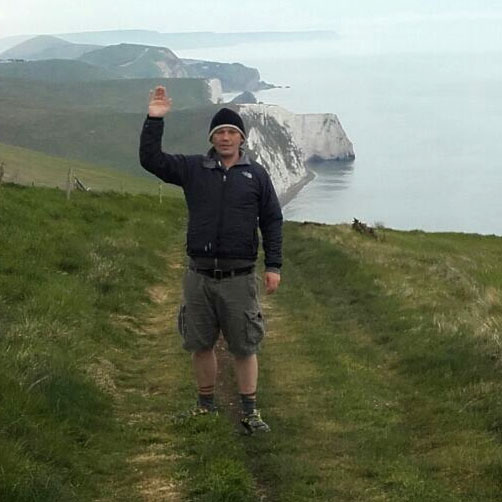 Stephan: Offer a helping hand, and change is possible
Homeless veterans are increasingly getting the help and support they need, finds Stephan Morrison. So maybe it's time other homeless services learned from their experience...

Homeless veterans are increasingly getting the help and support they need, so maybe it’s time other homeless services learned from their experience…

Imagine serving your country, risking your life so others don’t have to, only to return home to find your efforts have gone unnoticed, unappreciated and – in extreme cases – you’re harshly criticised and judged by certain sections of society?

Back in 1973, for people like Jimmy and thousands of others leaving the army, they didn’t have to imagine. For them, this was their reality.

“I’d gone from being a part of a close-knit group where there was order, discipline, structure and a sense of belonging and purpose,” recalled Jimmy, “to a world where I was unemployed, isolated and without support. It had taken all of 24 hours. To cope, I turned to alcohol and within weeks I was street homeless. The downward spiral had been quick. I was in the grip of something I didn’t fully understand at the time and there was nobody around to help me see otherwise.”

Over the next 20 years, similar stories would be repeated time and time again. It’s not easy to get accurate numbers on homeless ex-services personnel, though many researchers have tried. When Randall and Brown undertook a research project on behalf of Crisis 23 years ago, they estimated that 25 per cent of all homeless people had been in the military.

Fast forward to 2015 and the CHAIN survey of rough sleepers in London found that only three per cent had served in the UK military. It seems as if something is working… I set out to explore what that might be.

Speaking to charities like Soldiers Off the Street, Help for Heroes, SSAFA and The Veterans Mental Health Charity, I found that there was better resettlement provision now in place and better support on offer from these organisations and other.

For instance, ex-Scots Guardsman William Anson had no home and no way to see his daughter after the breakdown of his relationship. SSAFA helped him secure a flat and furnishings so he was secure and his daughter could stay.

And David, who became homeless after having his house repossessed, was also helped to find a new home. He said,“Words and praise are not enough to thank Soldiers Off The Streets for what they do for our forgotten veterans. When no one else was there, these guys reacted and did what they say they would do – helping rehome guys like myself and offering lots of support and assistance.”

On 16 May 2011, the government published the Armed Forces Covenant, which was described as “an expression of the moral obligation that the government and the nation owe to those who serve or have served in our armed forces and to their families”.

The document said that homeless veterans be given housing priority.

The media have also played a part, campaigning against the Armed Force’s sometimes “aggressive” approach to targeting school children from deprived areas. Last year the Sunday Herald ran a story about government plans to create military cadet units in state schools in Scotland’s most deprived areas. These plans were attacked by MPs and critics alike and vigorously opposed by EIS, Scotland’s largest teaching union. They didn’t go ahead.

And housing has been built. The Armed Forces Covenant’s annual report, released in December 2016, gave a commitment to deliver 18,500 single living accommodation bed spaces and 3,000 homes by 2021, to add to the 50,000 already delivered over the last 12 years. Over the last three years alone, 9,000 properties have been built.

It’s not all working smoothly, of course. It is not currently a legal requirement for local councils to adopt the Armed Forces Covenant. Earlier this year, research showed that only nine London borough councils have a specific policy of making homeless veterans a housing priority.

Stoll 100, a veterans’ charity and housing association in London, believes the covenant needs to be more consistently applied. Iain George, Director of Support, said: “All [London] boroughs sign up to the Covenant, but some will do some things, some will do others and others will do very little.

“It is being applied inconsistently (or sometimes not at all) in the local authorities and I think that is the sort of area that government should get across the board if we are going to help service personnel.”

In Barking and Dagenham, roads are named after servicemen who have been killed in Afganistan and Iraq, he noted, and service personnel get moved up the housing list very quickly. In Wandsworth, there are 10 properties a year for veterans. But it’s far from across the board.

That notwithstanding, he thinks other homeless people could benefit from the services on offer to veterans. Stoll’s own outreach team, for example, offers everyone a needs and risk assessment, employment advice, drug and alcohol counselling, runs mentoring and stress support groups.

“People who come here know that if they’ve got any issue at all, they’ve got somebody they can talk to and hopefully it can get resolved,” he said. “But you put somebody into a housing association in the middle of London…do they have that support? Probably not, and I think that's what they do need. They’re in the same sort of position as veterans, but they may not have the support to help them.”

When I was homeless in the Nineties, I met so many ex-soldiers sleeping rough in London. While it’s an issue that has not been solved, it seems things are getting better.

Given the resources to increase understanding of the needs of particular groups of homeless people, then it’s possible to address some of the problems. Offer a helping hand, and change is possible.