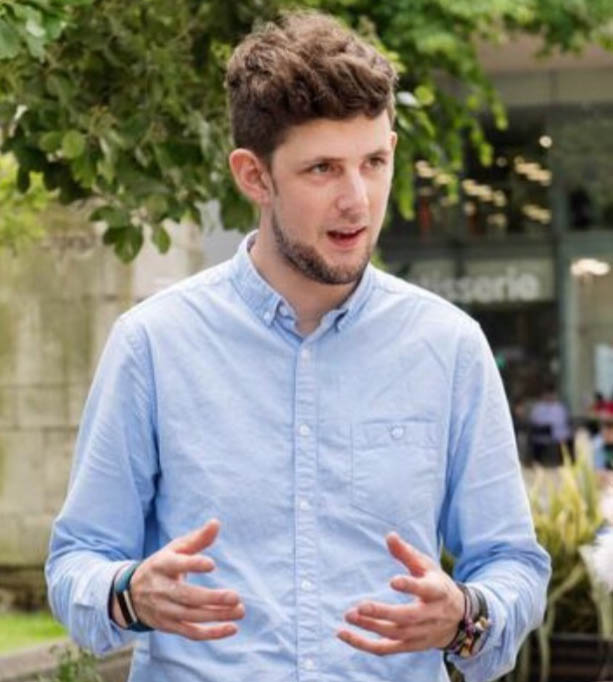 Hugo Sugg: from homeless person to activist and more
Hugo Sugg remembers his days on the streets: “What I felt was loneliness and the feeling of not being human in a society full of humans."

Hugo Sugg is a youth worker and a LGBT, human rights and homeless activist. He runs Hugo's Earthquake campaign, which raises awareness of homeless issues.

In 2008 Hugo Sugg found himself homeless. He remembers his days on the streets with dread. “What I felt was loneliness and the feeling of not being human in a society full of humans. The way people used to ignore me or not even acknowledge I was there, just because I was homeless, really drove my depression and isolation. I wanted to commit suicide more than once a day because of this, but I battled through."

Feeling ashamed of your situation can sometimes be a barrier to getting help, especially when you first become homeless. However, Hugo says that the first port of call for anyone who is homeless should be their local authority as they have the legal duty to assess someone's homelessness. This duty however may not extend to being able to get housed immediately. He also says look for day centres, support groups, and contact organisations, such as Shelter, which may be able to provide advice and help.

What helped him get through these difficult two-and-a-half years was his support worker. “She helped keep my emotions intact and she was my rock,” he says. At the same time SHYPP (Supported Housing for Young People Project in Herefordshire) also helped Hugo find a place to live, but sadly he had a breakdown just after being housed. I personally can relate to that because soon after I got my flat, I found myself without any support.

Hugo then got counselling for his physical, mental and emotional breakdown. He went on to work with the team at SHYPP. “I was proud to join SHYPP in my final year of university on placement and work to support homeless young people with some of the team which were there when I was homeless. Their work, like many other organisations, is invaluable.”

It has been nearly 10 years since Hugo's days on the streets and his life couldn't be more different. But homelessness is still very present in his life: he is passionate about raising awareness of homelessness and putting homelessness as a priority on the political agenda. He does that through his Hugo's Earthquake Campaign, which provides useful links and services for people who need help. And in last year's general election, he ran as an Independent candidate for Hackney South and Shoreditch, “to raise the issue of homelessness in my local community.”

“I want to remove the stigma of homelessness in society and make sure people are treated in accordance with the rights they have. Supporting homeless people doesn't have to be through giving money, it can be just speaking to the person and giving them the companionship that everyone needs at times.”

We spoke to a group of east London single mums experiencing homelessness about how it has affected them. Interviews by McGinlay

• ”I'm disappointed with The Council. I was looking for help and not getting any, it's scary. I didn't feel guilty for moving out of my family home. However, others in my Muslim community made me feel ashamed, told me to go back. It doesn't help when the media says homeless people bring it on themselves. My advice to others is to reach out to local people facing the same situation and support each other.”

• ”In 2014, going to foodbanks for the first time and being asked lots of personal questions made me feel like I was being questioned by the police. I was already feeling guilty for leaving my husband, but felt shame due to how the foodbank staff were speaking to me and how the council still treat me.”

• ”I've been told to go back to my country. Many people think I'm abusing the system as an 'immigrant'. But who are the immigrants? The Queen is German, Prince Philip is Greek. So, who should go back home when everyone is different? Surprisingly as an Eastern European woman I received help by a member of UKIP! My friends laughed 'you know UKIP are racist, right?'”

Rather than viewing yourself as damaged and broken, try to think of yourself as in a state of becoming or growth, writes John Cheesman.

Be compassionate towards yourself as you would to a close friend or someone you love. Be kind, generous and accepting of yourself.

Aspire to be less rigid and judgmental in how you see yourself. Discover your own values and try to live by them. Go to mutual-aid groups such as AA, CA and NA* if you have difficulties with drugs or alcohol. Be proactive and creative in how you live your life. Take up volunteering.

Give yourself time. If things are not working then what can you change?