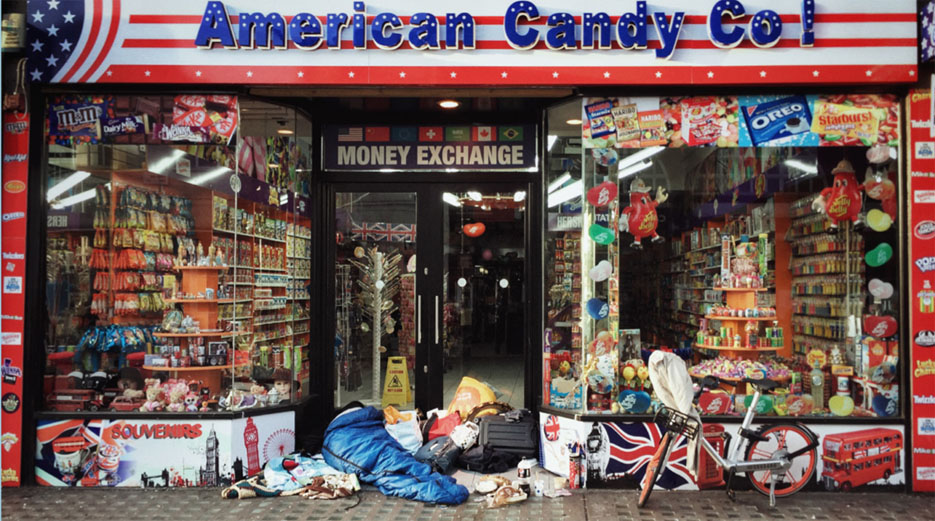 Image © Matt Cooper.
Rough sleeping is at its highest since records began

For the seventh year in a row, the number of people sleeping rough across England has increased. It’s now the highest since records began, with approximately 4,751 people sleeping on the streets on any night in 2017. This is a 15 per cent increase on the 2016 survey.

The numbers are drawn from single-night street counts and estimates from local authorities, and published by the Ministry of Housing, Communities and Local Government. The new stats do not include the hidden homeless, especially young people, who are unable to find a permanent place to stay because they cannot afford soaring rents or house prices.

In 2017, the north-west of England saw the biggest increase in rough sleeping since last year (39 per cent). This was followed by the East Midlands (23 per cent) and Yorkshire and the Humber (20 per cent).

There are 651 bed spaces in Camden but rough sleeping increased in Camden dramatically last year – by 647 per cent. On any one night there will be 127 people sleeping rough in the borough. Camden now has the third highest number of rough sleepers in England, narrowly beaten by Brighton & Hove (178) and Westminster (217).

< Public shift Only in Scotland >