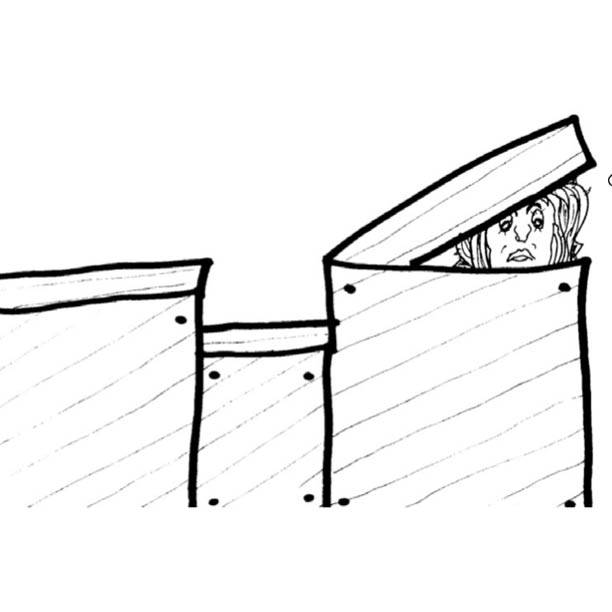 When I read up on gay life it said somewhere to be prepared for some abuse. It did not enter my head that it could come from someone at home who you love. © Denise Collins

Like many young LGBTIQ+ people, Carla moved to London to escape difficult life experiences, then found herself lost in the rave and squat scene for several years. It was her experience of hidden homelessness – the factors that lead to it and the inaccessibility of services she had attended and later worked in – which motivated her to create The Outside Project, the UK's first LGBTIQ+ crisis/ homeless shelter.

“I was hidden homeless myself from my teens to my mid-late 20s. I then worked in the homeless sector and I could see why I didn’t feel comfortable accessing those services. I went to Crisis day centre in Whitechapel, but I only went there once because I didn’t feel comfortable. I didn’t think I was that type of homeless person, so I really distanced myself and carried on my own path. I was 30 by the time I moved in with my wife into our own place and straight away I had this real sort of calm. I really reflected on my journey, what services there are or aren’t and what could have been different,” she says.

For Carla, education is at the heart of why many in the LGBTIQ+ homeless community find homelessness services inaccessible.

“When we’re growing up and self-identifying our gender or our sexuality, not having that representation causes internalised issues that then grow. The over-representation of people experiencing homelessness in our community is not because of us, but because of the world around us and feeling unable to navigate within it,” she adds.

Without access to this information the general public and also workers in services are uninformed about the best ways to support those identifying as LGBTIQ+.

Carla’s astute insights identified the need for The Outside Project: a grassroots, activist movement which started in February 2017 to deliver the UK's first LGBTIQ+ crisis/ homeless shelter. “It really was a mini-community within the shelter. There was great peer-support with people that had never really been a part of our community because they came out and then became homeless.”

Now in partnership with Stonewall Housing, the Outside Project’s year-round shelter will soon be in reach. “It will be fully accessible for our community and anybody else who is questioning. Of course, we’ll still have our 12-bed bus but the Centre will have 10–15 more bed spaces for people with more complex needs,” explains Carla.

< In pain and on the street Hidden >