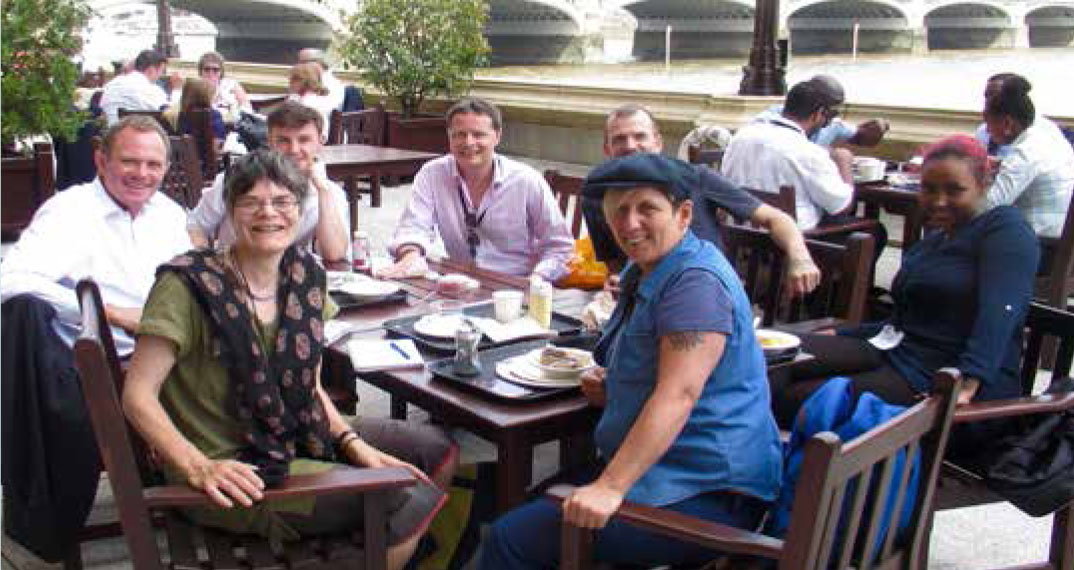 I once read it is the duty of a journalist to “afflict the comfortable and comfort the afflicted”. However, as I was sitting on the terrace by the River Thames at Parliament on a balmy Wednesday afternoon, filling myself with a lamb luncheon paid for by Nick Herbert, MP (or arguably by you), I wondered who now was comfortable? This was a far cry from food banks and cold streets.

Prior to lunch it would have been easy to write Nick off as an Oxbridge educated Tory, not schooled in the University of Life. Whilst this may be true, he is also an active campaigner for housing, health, LGBT rights and drug policy reform. Whether it was something in the mint sauce, I soon found myself quite liking and even agreeing with this charming man. Nick was the first elected openly gay Conservative MP, which seems a quivering contradiction of terms, but one which I think highlights the complexities of our political system and modern society.

“I don't think I was a Conservative when I was younger, but I believe in Conservative values. I believe in individual liberty, self-reliance, family, community and a strong economy. I have been one of the people who have been arguing for a modern form of Conservatism that is in touch with people’s day-to-day concerns. I want to update the Conservative party and make it relevant to people’s lives today.”

A succinct soundbite spoken like a true politician. Who could disagree with such utopian views? However, that day at Parliament I had a greater choice on the lunch menu than I did last time I was at the ballot box. Therein lies our problem and one which MPs also face: who to align ourselves with and which issues to compromise on?

“I stand for a political party that has a manifesto. Broadly people expect that you will stand by and stick to those promises. I should support Government because that’s what I told my electorate I would do. We have to remember that if you stand for election as a member of a political party, people are mostly putting their X in the box because you stood for that party, not against your individual name,” said Nick, who is married to Jason Eades, who works at a youth homelessness charity.

Despite his good intentions, is it any wonder then that Nick has arguably had greater success leading LGBT issues than on homelessness, given the difficulties our homeless community faces in being able to vote? Nick has worked on both issues and has secured greater equality for the LGBT community, yet he has also consistently voted to reduce spending on welfare benefits and supported the underfunded Homelessness Reduction Act. When pressed on these issues, he states these decisions were largely based upon “party policy”.

Other marginalised groups have greater access to the electoral register, and therefore political parties are more likely to make their manifestos more palatable to their needs. This cannot be said for the homeless community (see also Ian Kalman’s report, MPs need to say yes).

I admire Nick’s optimism for homeless advocates, but until access to voting is improved for those experiencing homelessness, and the homeless community can see their needs represented, we will remain underserved.

Make your MP act on homelessness by registering to vote. Anyone who lives in the UK and is aged 16 or older can register to vote in elections and referendums (you have to be 18 to vote).

No fixed address?
That’s fine - you can still vote. You still need to put an address where you spend “a large part of your time”. See how to do this by looking at www.yourvotematters.co.uk

< Should I tell doctors I'm homeless? Lived with it all >