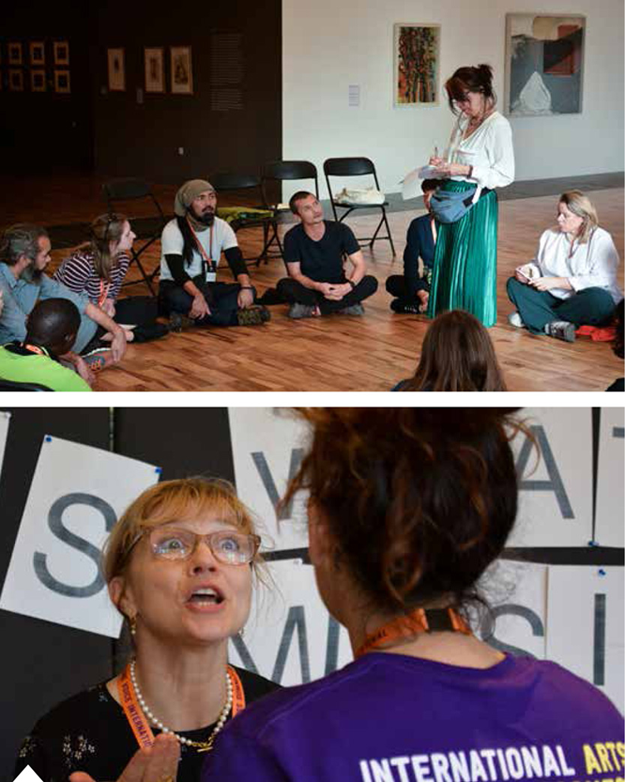 A pledge wall, audience participation and a new mural show how Manchester is encouraging homeless people to use creative arts. Report by Marco Biagini

How a pledge wall, audience participation and a new mural shows that Manchester is leading the way in encouraging homeless people to make more use of the creative arts

In November Manchester hosted the 2018 International Arts & Homelessness Festival and Summit, inviting people from all over the world to share ideas about how access to creative arts projects can help homeless people. Arts & homelessness organisation With One Voice transformed Manchester into a city-sized festival, with galleries, cafes, theatres and other public spaces playing host to an amazing range of events, performances and workshops. They also brought together New York street artist Joel Bergner, two local artists and almost 40 people affected by homelessness to create The Doodle on Ducie Street, a colourful new mural near Manchester Piccadilly Station.

Manchester was chosen as the host city due to the city council’s new Homelessness Charter, which aims to provide all-round holistic support for people. This means instead of just providing shelter and food, the council is encouraging homeless people to get involved in the creative arts as part of their recovery process. Manchester’s creative scene has undeniably started playing a part in the new charter already with their amazing contributions to the festival. Events included open mic nights, film screenings, performance arts and theatre performances.

Cardboard Citizens invited the audience to participate in their new forum theatre piece, Rising, and formerly homeless artist David Tovey closed the festival with a heartfelt performance in Man on Bench Fairytale, an abstract theatre performance he wrote about a man saving him from suicidal despair when sitting next to him on a park bench five years ago.

"They don't think our art belongs in their world." – David Tovey challenges the high art world

At the Whitworth Gallery, over 250 delegates from 15 countries ran panel discussions, gave presentations and ran creative workshops as part of the Summit. A mixture of homeless people, formerly homeless people, service providers and politicians mingled and discussed the importance of creativity. Everyone attending the summit was encouraged to add to the pledge wall, promising to use something learned at the summit to help arts and homelessness in their own community.