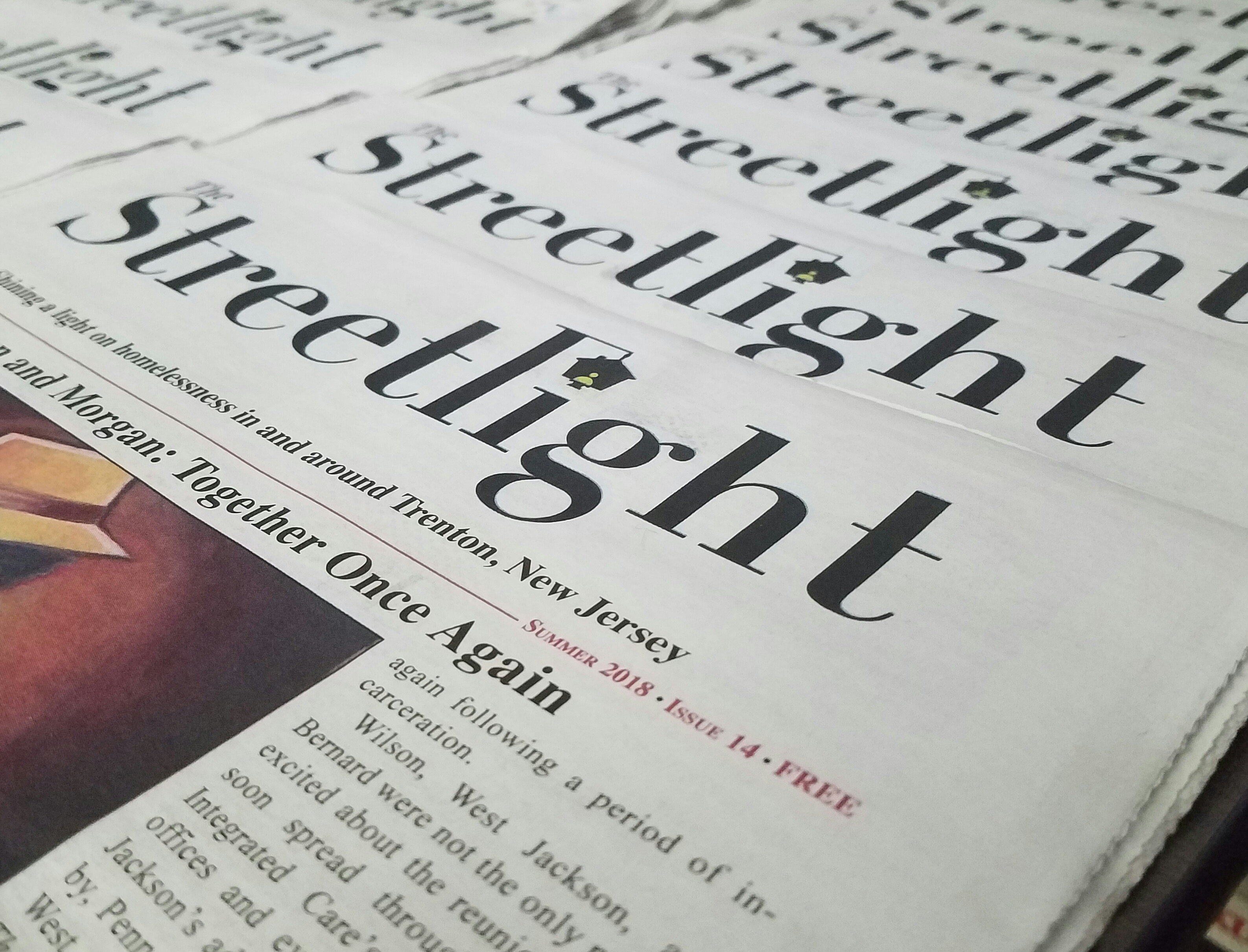 Streetlight is a newspaper for homeless people in Trenton, partly funded by the American university where Jared Kofsky studies (he’s currently on an exchange at Northumbria University which has a campus in Newcastle). Jared, 21, is the managing editor. He says: “We print around 3,000 copies of each issue and distribute at 60 locations including libraries, shelters, food pantries, and government offices.” © Jared Kofsky

Newcastle-upon-Tyne is thousands of miles away from the American city of Trenton, New Jersey, but both cities struggle with a similar issue: homelessness. How do these cities look after people rough sleeping? Report by Jared Kofsky

Newcastle-upon-Tyne is thousands of miles away from the American city of Trenton, New Jersey, but both cities struggle with a similar issue: homelessness. How do these cities look after people rough sleeping? Report by Jared Kofsky

Government’s role in addressing homelessness at the local level differs between Trenton and Newcastle, though both cities offer some similar services.

- TRENTON: The City of Trenton opened the Coordinated Entry and Assessment Services Center in 2015 while the Newcastle City Council maintains the Housing Advice Centre. Both facilities offer assistance to homeless individuals and those at risk of homelessness. "Rough sleeping" is not a term we use in the US but it seems to be the equivalent of what Americans call "unsheltered."

- NEWCASTLE: Overall, local government entities tend to play more of a role in addressing homelessness than in the Northeastern USA, in part because of the UK’s Homelessness Reduction Act. For example, Newcastle City Council reported (in July 2018) that 4,876 cases of homelessness in Newcastle were prevented in 2017-18.

How are the cities trying to end homelessness?


- NEWCASTLE: Last year, Newcastle’s Street Zero initiative was formed as a collaboration between agencies like the NHS and the Northumbria Police along with charities, religious groups, and corporations. What sets Street Zero apart is how there has been a marketing campaign to spread awareness of homelessness locally and that the initiative aims to end rough sleeping in Newcastle by 2022 through three steps: prevention, response, and transformation. There is also a homelessness hotline, which does not exist in Trenton.

- TRENTON: There is a smaller program in Trenton called the Continuum of Care. It consists of government agencies and organisations that come up with ways to alleviate homelessness.

The UK and the USA have similar ways of determining the number of people who are homeless.

- US: Designated American groups hold a “Point-in-Time” count in every county on one January day as part of an annual requirement from the Department of Housing and Urban Development. 479 people were found to be experiencing homelessness in the Trenton area during the 2018 count.

- UK: The Ministry of Housing, Communities and Local Government facilitates a similar nationwide annual count that is conducted every autumn. The most recent count found that there were 66 rough sleepers in the North East, though the actual number is likely to be far higher since (unlike in the US) this number does not include the number of people experiencing homelessness who are residing in shelters.

Newcastle and Trenton both have non-profits that are involved.

- EMERGENCY: Trenton’s sole general-population emergency shelter is the Rescue Mission of Trenton while Newcastle has resources like Shelter North East.

- Check out the Streetlight at thestreetlight.pages.tcnj.edu