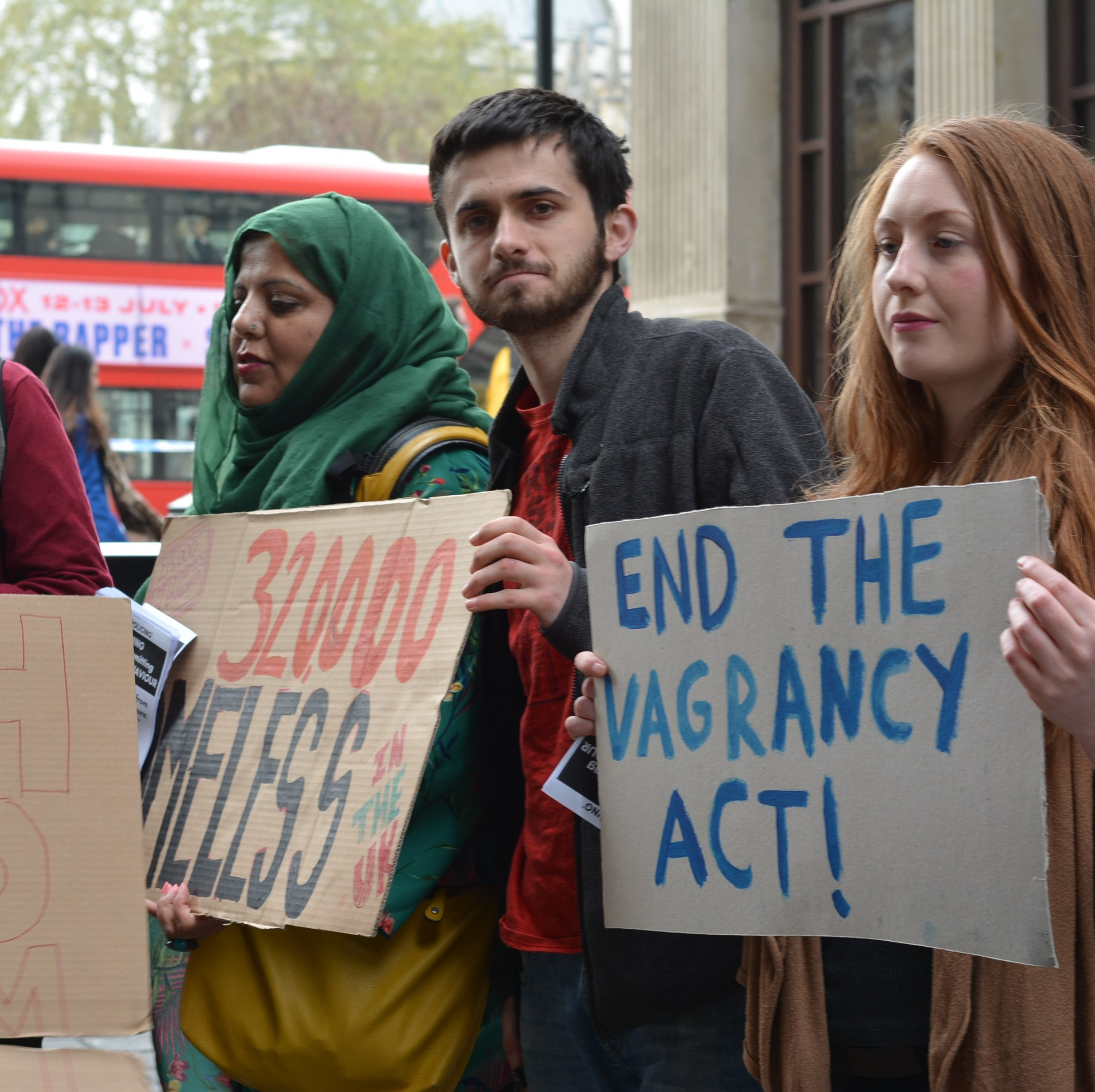 The first target of the Labour Homelessness Campaign is repeal of the 1824 Vagrancy Act which criminalises the poor, writes Jacqueline Messih

The first target of the Labour Homelessness Campaign is repeal of the 1824 Vagrancy Act which criminalises the poor, writes Jacqueline Messih

The Vagrancy Act passed into law in 1824 to deal with soldiers returning from the Napoleonic wars. Nearly 200 years later the Government uses it to criminalise people who are homeless.

Launched in December 2018, Labour Homelessness Campaign is a grassroots campaign focussed on repealing this law. Tom, a member of the Labour Homelessness Campaign, says: “The Vagrancy Act is just one way being homeless is criminalised. A third (34%) of local authorities in England and Wales use the Vagrancy Act, but far more use anti-social behaviour legislation against people for begging and sleeping rough including public space protection orders, dispersal orders, criminal behaviour orders and community protection notices.”

Tom explains that under the Vagrancy Act a person can be fined up to £1,000 and end up with a criminal record. “The Act is so broad that theoretically it could be used to prosecute people for walking the streets while unemployed! What that means for people experiencing homelessness is that they are always under threat.”

Tom considers the use of this Act now to be very short-sighted. “One local authority will use it to try and push people into another local authority’s turf, making it somebody else’s problem. It’s an attempt to drive the poor out of our public spaces.”

Abolishing the Vagrancy Act is still not going to make homeless people feel safe in public spaces or be treated like members of the community.

Tom says: “If people start making a noise the Government will have to make a choice between doing the minimum for human decency and repealing the Act or giving into businesses and all of the special interest groups which want to keep the ability of just moving people on when they don't fit the middle class profile that they want for their high street”.

The campaign aims to fight austerity and stand in solidarity with the people most marginalised. Tom is clear that: “It is a complete failure of economical and social systems which has led to the homelessness crisis. Yet the answer of the powers-that-be is to say that these public spaces are only for the public who we like. And if you’re poor, we’ll put you out of sight and out of mind.”

To ditch the Vagrancy Act, take these steps for change:

The Pavement says:
It is good news that several political parties have pledged to repeal the Vagrancy Act if they come into power.