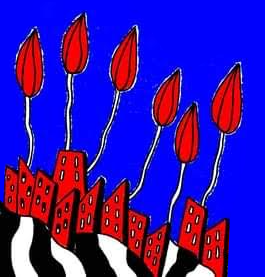 A darkly comic tale of government attitudes to homelessness, in which the PM has the last word. By scruffy scribe and friend of the Pavement, Chris Sampson

“Ah! Yes!,” he blustered. “Umm… British boffins have invented a time machine, which will allow us to, umm, end homelessness in our time… by sending the crusty oiks back to another: to wit, the early 1980s. Provided they’ve been tested for Covid, naturally. Don’t want the blighters starting the pandemic too early, what?”

As he guffawed at his own joke, one seasoned hack – the sneery, world-weary freelancer Chris Hideous – wondered about the effect on an influx of 21st century homeless folk on the existing homeless of the era. “Where will the 1980s find room to house an invasion of future down and outs?”

”Umm, yes, see what you mean!” wheezed Boris. “But the beauty of our scheme is to send ‘em back to just before Thatcherite policies created today’s level of poverty and homelessness. In those days, there was less population of course, not to mention more accommodation.”

Other assembled hacks scoffed and pointed out several drawbacks to the scheme, only for an irate Boris to cut short any dissent – you know, in that way that old Etonians do.

“Now look,” he seethed. “Today’s dossers are hardly going to miss Netflix and Insta, are they? They can cope without Channel 5+1 and Google, as long as they have a roof over their likely-lice infested heads. Albeit ceilings with Artex and other garish '80s interior designs,” he added as an aside to his minions. They smirked obsequiously, right on cue.

“The Bank of England,” he resumed, “had loads of pound notes and half-pence pieces in those days. You could have a night out on a fiver back then, and pick up a central London flat for 30 grand!”

Chris Hideous asked about the implications for mental health on the unwilling time-travellers.

“Ah!” Boris beamed. “We’re sending ‘em back to before Mrs T began cutting mental health facilities – loony bins as we called ‘em then – in order to give tax cuts to her rich chums…”

“Like a young you, PM?” interrupted Hideous. “And your cabinet…?”

Clearly miffed, Boris blustered on. “Umm, well…Anyhoo, the lucky blighters will be able to see such policies rebranded as Care In The Community, won’t they? I mean, gosh! What an opportunity! Wish I was going back with ‘em.”

Hideous sighed. “Didn’t the Care In The Community wheeze help cause the current homeless crisis?”

Boris became exasperated at this upstart’s cheek. I mean, he – the Prime Minister of Great Britain, no less – was telling them the government’s policy, and here was some scruffy scribe questioning him. The nerve of the inky-fingered hack!

“You’re not backing Britain, are you?” Boris thundered, jabbing an accusatory digit at Hideous. “We’ve invented time travel, and all you can do is pick holes in our policy of ending homelessness. Ungrateful oiks!” 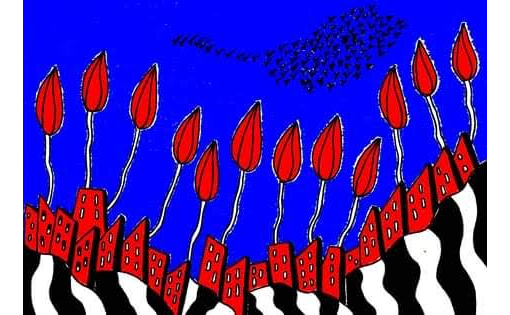 Hideous shook his head. “But what about the effect on people of the past? Wouldn’t those yet to see even the first of the Back To The Future trilogy be shocked by – and afraid of – time travellers from their future?”

“In those days,” Boris snorted, “people didn’t scuttle off whingeing to the metropolitan liberal elite every time someone popped in from the 21st century. They – we – knew how to grow a pair back then!”

Hideous changed tack. He asked if the time machine had been properly tested. “It’s British made, after all,” he said. “Isn’t there a danger of the dreaded shoddy British workmanship cocking everything up?”

“Of course it’s safe!” Boris fumed. “Do you think we’d announce it in a press conference, live, in front of the world’s media, if we hadn’t tested it first?”

“Oh?” Hideous asked, quizzically. “Really? You’ve been back to the Victorian era?” “Of course!” Boris groaned. “Where do you think we found Jacob ReesMogg…?”