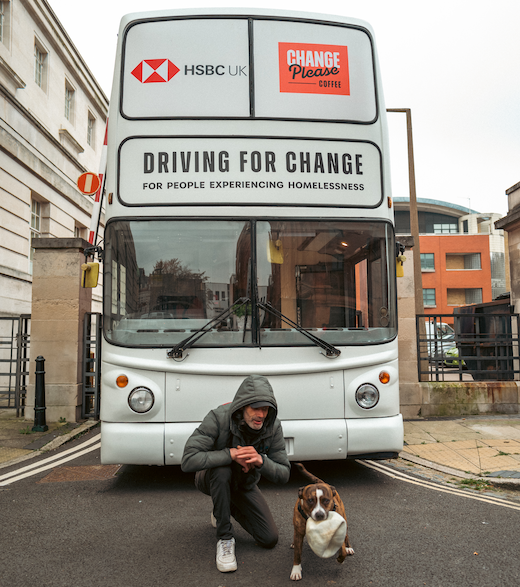 London buses: You wait seemingly a lifetime for an innovative project to deck one out with an array of services for homeless people to access, and then two come along at once! The Change Please Foundation launched its Driving for Change initiative late last year, repurposing two London buses as an “all-in-one direct intervention service”. The buses offer free access to GPs, dentists, hairdressers and therapists, as well as digital and financial literacy training, help with opening a bank account, employment support, shower facilities and essential items. Driving for Change and other similar projects run by the Change Please Foundation are in part funded by proceeds from Change Please coffee, which pours 100% of its profits into financing charitable activities. According to the BBC the project is secured for at least two years.

An investigation by the Independent has revealed that hundreds of homeless people in England are being instructed by councils to sleep rough on the streets before they can access housing support. The investigation detailed how people presenting themselves as homeless to their local council are routinely turned away, being told they must stay on the streets to be picked up by an outreach team. In many cases official guidance states people asking for accommodation from their local council must verify they have been sleeping rough, if they cannot they are turned out on to the street and advised to seek an outreach team. Polly Neate, chief executive of Shelter, told the Independent, “it is beyond belief that people facing the horror and danger of sleeping rough are only classified as being street homeless if they are bedded down outside at night.”

In early January the government confirmed plans to offer people sleeping rough in England cash and food voucher incentives to get the Covid-19 vaccine. According to the Guardian, Eddie Hughes, minister for rough sleeping, has informed councils they are welcome to use part of the government’s £28m protect and vaccinate scheme to promote and reward vaccine uptake. Covid-19 has hit homeless people particularly hard, with one in 50 deaths among people experiencing homelessness related to Covid-19 in 2020, according to the Office for National Statistics (ONS).

Cornwall Council has purchased 29 self-contained micro homes for people experiencing homelessness. The one-bedroom SoloHaus units were bought from Essex-based The Hill Group, and will replace cabin style units the council had been renting to house homeless people. The homes will be deployed to various locations in Cornwall over the next couple of months, according to Cornwall Live. 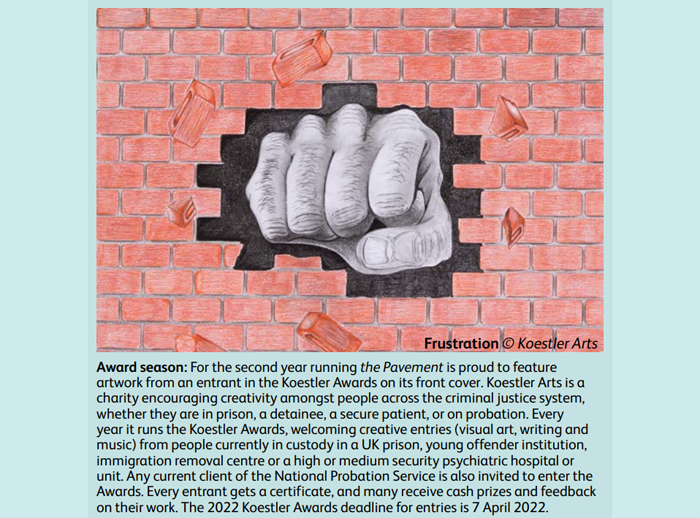 London-based charity Glass Door fears beds for people experiencing homelessness in the capital could be down by half on pre-pandemic levels. As readers will know, many charities and shelters have been forced to close communal night shelters this winter, as Covid-19, and in particular the Omicron variant of the virus, has spread. Glass Doors’ communal night shelters were themselves closed over the Christmas period, and the charity told Big Issue its available bed space was down to 56 this winter, while prepandemic it could shelter 170 guests.

Nikki Campbell, a theatre recovery nurse working at Royal Liverpool Hospital, found herself homeless two days before Christmas, after a family relationship breakdown. She spent Christmas Day in a borrowed car with her two dogs, not wanting to “bother” her friends. She was told that she was not a priority case by Liverpool Council, which left her worrying that she may have to give up her dogs in order to work her shifts and find stable housing. Thankfully, her story in the Liverpool Echo caught the attention of Sacha Lord, a local businessman, who was appalled to hear of her situation. In order to help Nikki secure permanent housing, he gave her £5,000 towards paying rent in advance.

Homeless families in Scotland owe £33.3m to 29 councils, a report by Glasgow’s Legal Services Agency (LSA) has found. The LSA say this debt has been levelled against 29,641 households, and goes towards the cost of being rehoused. The news, revealed in the Sunday Mail on 9 January, sparked widespread outrage. Campaigners have called for the debt to be forgiven, but so far only Fife council has ruled out pursuing the debt. LSA’s report found much of the emergency housing was in poor condition, and the report also revealed some homeless tenants have been billed for food, electricity, gas and administration fees. LSA is asking for the law in Scotland to be changed following the shocking revelations of its report. The Housing (Scotland) Act 1987 allows councils to charge homeless people for emergency accommodation.

In late November 2021, the National Records of Scotland (NRS) released figures for people who had died homeless in 2020. There were 256 people who died while experiencing homelessness in 2020, according to the NRS, an increase of 40 on the previous year. The NRS’s data reveals 59% of homeless deaths in Scotland in 2020 were drug-related, while most of those who died (77%) were male (197 deaths). The figures were compiled by examining death registration records to find people who were sleeping rough or staying in temporary accommodation when they died, according to the BBC. Already dispiritingly high, the NRS stressed that the figures were an estimate, and the true number of people who had died experiencing homelessness was likely higher.

Charity Homeless Project Scotland (HPS) have chastised Glasgow City Council for its apparent inaction on people sleeping rough in sub-zero temperatures this winter. HPS chairperson Colin McInnes called the council out after spotting a person sleeping rough on the doorstep of the council’s salubrious Glasgow City Chambers HQ. McInnes spotted the person in early January while out with the charity’s street team close to midnight. Calling the situation “disgraceful”, McInnes told Glasgow Live the person sleeping rough “had chosen the City Chambers to get that wee trickle of heat coming from underneath the door. It was freezing, the wind would have cut your hands off.”

Homeless charity Glasgow City Mission (GCM) face being moved from its purpose-built complex in Crimea Street, Glasgow, to make way for an office development. GCM only moved into its Clydeside home in 2009, but the site now risks demolition as part of a development project by developers Soller Group. According to the Daily Record, any purchase of the GCM building would be part of phase two of the Soller Group development. The first phase will see a 14-storey office space built in Carrick Square, with construction due to start in spring 2022.