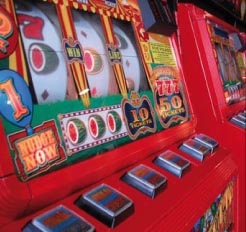 National Problem Gambling Clinic will support some of the country‘s 250,000 addicts The NHS has launched its first clinic to help gambling addicts as part of a 12-month trial which it hopes will improve understanding of how to tackle the addiction. Based in Soho, London, the National Problem Gambling Clinic will support addicts and their families living in England and Wales through psychiatric and psychological treatment. As well as providing health services, the clinic will offer debt management advice, and financial and employment guidance. The clinic can be accessed by self-referral or referral by other agencies or organisations. Contact can be made in person. Figures released in 2007 warned that nearly 250,000 people had a severe gambling problem. A study published just before the government announced it was going to liberalise gambling laws in 2005 revealed that in Australia, where gambling laws had been relaxed for longer, more than 38 per cent of people linked their homelessness to gambling. In the UK, this figure was only four per cent.
< Repossessions on the rise Toxic Terry on Facebook >