Who wants to know? 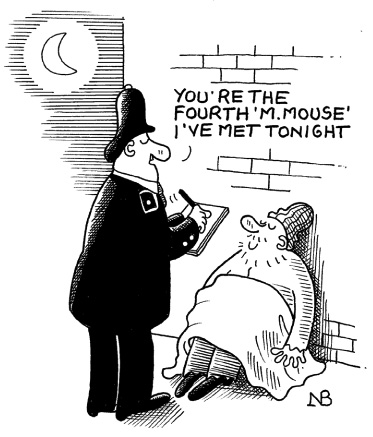 In the last issue of The Pavement we printed a letter from a rough sleeper, who had contacted us after being approached by two outreach workers who asked for his full name. When he refused to give it, he was told that "[the outreach team] would be back with the police the next night to get [his name]". Outreach workers and the police are now working in tandem in many areas of London, where police powers to extract information are increasingly being used to 'speed up' outreach work.

Rough sleepers who are unwilling to give their personal details to outreach are being threatened with police action: and The Pavement has found this policy being employed by Westminster and Camden councils in the last year. But is this legal? Do the police have the power to take down a name or personal details from someone, even if they have no evidence of criminal activity or intent? Can outreach workers demand details in the way that the police can? And can information gathered by the police be shared with outreach workers?

We first spoke with Alan Murdie, a solicitor from Zacchaeus 2000, a firm that specialises in providing justice for vulnerable or poverty-stricken people, about the powers of outreach workers to ask for personal information. He admitted there was to some extent a "civic duty" to help the police with information, though this obligation is not extended to outreach workers. "Outreach workers have no legal right whatsoever to ask for someone else's name, any more than another complete stranger," he said. If the police had been accompanying the outreach workers, they would have been able to ask for the man's name, "but only if they suspected an offence - they cannot take your details without suspicion of criminal activity".

After the introduction of anti-social behaviour laws in the last decade, 'criminal activity' can also extend to street-drinking or begging, evidence of which would entitle the police to take down personal details. If our reader was not behaving 'anti-socially', there should have been no reason for police intervention, and no legal right for outreach workers to threaten him with police involvement.

If the police were to extract information and pass it on to an outreach worker, "they could be in breach of Data Protection", Mr Murdie said. A spokeswoman for Liberty, the human rights and civil liberties organisation, confirmed this was the case. "If the police were to hand over personal information to an outreach worker, when the person whose details have been taken has not given consent, they would undoubtedly be breaking Data Protection laws, unless the information is for the purpose of preventing or detecting crime," she said. In other words, unless your name has been taken by police as part of a criminal investigation, it should not be passed over to outreach workers.

The spokeswoman urged any of our readers whose details are handed over to outreach workers or any other organisation without their consent to contact Liberty, either through their website or on their public advice telephone service (details on page 3).

Although we were not permitted an interview, The Pavement received a statement from Crime Reduction Initiatives (CRI), the organisation that manages the Camden outreach programme mentioned in the letter, on the issues raised in it. Though the CRI did not want to comment on our correspondent's case individually, the statement confirmed that police involvement was a vital part of its outreach policy. "To deliver social care interventions, [we] work in close partnership with enforcement agencies such as the police", it said. The main use of this partnership with CRI is in 'enforcement interventions', such as giving ASBOs, which are employed when "individuals choose not take up the offer of services to help to reduce their activity".

CRI also confirmed that information on clients was shared not just between its outreach services and the police, but also with "wardens, hostel providers, substance misuse agencies, social workers and Camden council representatives". Before these so-called 'Tasking and Targeting' meetings, attended by all the organisations above, "all attendees sign up to an information sharing agreement... the attendees discuss and decide on a case plan for each individual and site that is identified by the group... Where someone refuses offers of help or does not successfully engage with partners the meeting will look at progressing enforcement options".

The evidence strongly suggests that police are being used to take details from unwilling rough sleepers to share with outreach workers. But it seems no one's asked whether this is legal.
< Gatekeeping protest Olympic legacy >