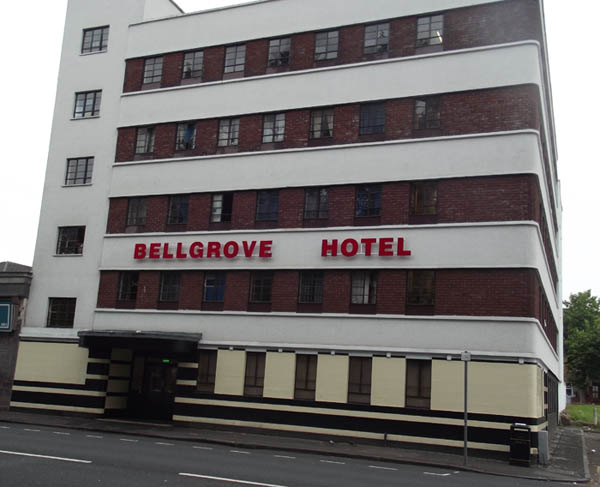 An MSP has called on Glasgow City Council to offer more support to homeless people living in one of the city’s most notorious hostels.

The call comes as the hostel’s Multiple Occupancy Licence was renewed for just one year rather than three, until facilities are improved.

Recent residents of the Bellgrove Hostel told the Pavement that the conditions inside are unacceptable. One said he was unable to sleep in his cell-like bedroom because of cockroach and mice infestations and instead slept on a couch in the TV room, where old and incontinent men were often left untended.

The hostel, in Glasgow’s east end, is privately owned by Ron Barr and Kenneth Gray, and received £1.56 million in housing benefit last year, according to a Freedom of Information request made by the GMB union in February.

Following concerns raised about standards in 2010, Glasgow City Council stopped referring people to the hostel. The Scottish Government is currently in talks with the council about the hostel.

“It is not acceptable in 2014 that vulnerable people are expected to live in conditions like this,” he said.

“Housing associations and care homes are very strongly regulated – and rightly so.  Yet this is a facility funded with public money, full of very vulnerable adults and with no real standards imposed at all.”

Billy (not his real name), who lived in the Bellgrove “on and off” for 10 years until recently, said: “I used to sleep on the back seats in the telly lounge because the cockroaches and the mice in my room were so bad.

“In the telly room, people are sitting in their own piss. People collapse [after drinking] and others just step over them. You see people getting bullied.

“Over the years I’ve seen so many deaths in the place [as a result of alcohol and drug addictions]. I’ve still got friends in there. I’d love to see it closed. That’s not any sort of life for them.”

The Pavement spoke to other residents who said it was a frightening place to live.

A spokesman from Glasgow City Council said: “Social care and health supports are available to those who stay at the Bellgrove Hotel and we always look to assist residents back to mainstream housing wherever possible.

“Social work staff do experience difficulties in accessing the building, which hinders their ability to deliver support to residents who require assistance."

However, Joe McKee, manager of the Bellgrove Hotel, claimed politicians were demonising the hostel to deflect attention from the huge number of people in the city with nowhere to go. “Nobody is going to say the Bellgrove is perfect, but we’ve taken the flac for the inadequacies that exist in homelessness services for a long time,” he said. “The truth is that those at the Bellgrove haven’t been given better accommodation because quite simply there is nowhere else for them to go."

And he denied claims that Glasgow City Council social workers could not access the building. “We have an open door in here,” he added.

Last year, the hostel made it into Tripadvisors' Top 100 Hotels, when jokers posted five-star reviews about the “luxury” facilities. It has since been removed from the site.