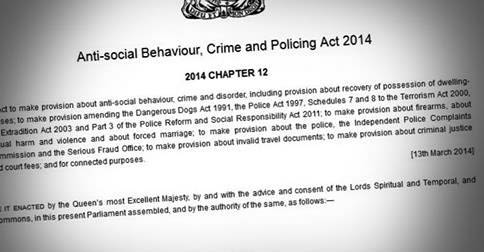 New law could be used to further criminalise homeless people

A new law which will give police and councils wide-ranging new powers and which authorities claim will help them tackle anti-social behaviour came into force at the end of last month.

The Anti-Social Behaviour, Crime and Policing Act will allow police and local authorities to ban activities in public spaces, restrict the behaviour of particular individuals, disperse people from an area and confiscate their property.

Among new measures being rolled out as part of the act are Public Spaces Protection Orders (PSPOs), which will give authorities new powers to control activities in public spaces. Councils will be able to ban any activity they judge to have a ‘detrimental effect’ on the ‘quality of life’ and dish out £100 on-the-spot fines for violations.

Some homeless campaigners are concerned it could be used to further criminalise rough sleepers.

Have you been affected by PSPOs?

< Film tells rough sleeping story In focus: The Indy Ref is over. So what next? >