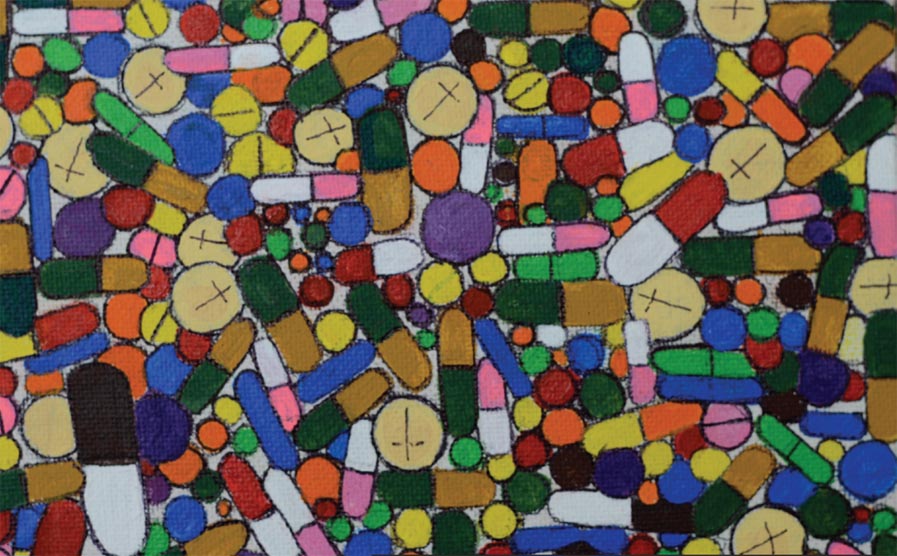 Mat Amp says the second best time to get clean is now.

Drug addiction constructs a maze out of every impulse and desire you experience until it is hardwired into your mind. It’s a maze made ever more complex by the rituals of ‘using’ and the intense and confusing relationships built along the way.

Often the shame and guilt can leave addicts stumbling around for a way out, like the proverbial blind man in a dark cellar looking for a black cat...that isn’t there.

When I finally got clean a few years ago I did something different. It might not seem radical. To me it was.

I refused to tell myself that this was going to be the last time that I went through detox. It was different because every previous time I convinced myself this was it, the final chapter, the now or never moment.

Each time I tried the words became slightly less convincing and slightly more hollow. Each time the failure hit me harder. The fear of that failure became a self-fulfilling prophecy.

Everyone else had heard it all before, too. Friends were supportive but I’d see that look in their eye, the one that speaks of hope rather than belief.

Then there’s the people who work in the treatment industry. If they do not believe in you right from the start who can really blame them? Their victories are few and far between. Presented with a procession of relapsing addicts, it is understandable, if not justifiable, that they lose faith in their mission.

Sure, they usually care, but that care is often tempered by systemic failure resulting from under-funding and the politically motivated legislation that governs the manner in which treatment is delivered. [Is it the treatment or the aftercare? Ninety-seven per cent of addicts leave rehab clean but 80 per cent relapse within a month].

So yes, this time I did it differently. I gave myself a break.

Still, it’s been hard going. When you’ve been through your home detox or leave rehab, it’s up to you to make it work. But for me at least, still feeling battered and bewildered, the entire system seemed to be built on the central proposition that addicts are untrustworthy. The new rituals feel like an exercise in humiliation; drug tests, daily pick ups and that jaded attitude from health professionals all help to undermine your self esteem and confidence until you think you deserve to be treated like scum.

To me it’s really important that you don’t fall into the trap of thinking that just because you’re an addict you don’t deserve to be treated with respect. I guess what I’m trying to say (I know this is easier said than done) is try not to take that attitude personally. It’s not really about you.

I know that every platitude offered to you by a drug counsellor, a best friend or even the old lady at the bus stop who lost her son to a heroin overdose can knock a little bit more of your resolve away. It can feel like some kind of broken merry go round of advice, that can make you feel that trying to stop ‘using’ is impossible.’ Don’t listen.

Instead, remind yourself that others have done it so of course it is possible.

It doesn’t matter what you think of NA, I think it’s worth going to at least one meeting just to see a room full of people who are at various stages of the journey you’re about to go on. It is easier to climb a mountain if you know there are people who have already been to the summit. It's as simple as that.

It may not seem like it when you are in active addiction but there are people who understand and genuinely care. You’ll find them when you get clean. On the other side, the world is suddenly full of people who respect what you’ve done, congratulate you and genuinely wish you the best for the future. But while people can be more forgiving than you can possibly imagine, it doesn’t count for shit unless you forgive yourself. Try to find that in yourself.

First though, there’s the physical bit to get through. Some people say that’s the easiest part of ‘the journey’ and of course getting clean doesn’t take as long as it does to stay clean. But ‘easier’ isn’t a word I would ever associate with detoxing from heroin.

The pain comes in waves, in a soup of physical, mental and spiritual torment that overwhelms your body, mind and soul. It’s relentless and unremitting, delivered in cold silver ‘hollow point’ bullets that explode in the chest with a ferocity that rattles guilt from the strands of DNA in your bone marrow.

Nobody has to go through a full-tilt detox.

There are drugs that will help and the most important decision you will have to make is if or how to use opiate substitutes. There are many ways to use them and you will hear a myriad of different opinions from people on which method is the best. But it’s what works for you that counts.

For the first few months insomnia can be as awful as it is inevitable – be prepared to tackle it because you need to sleep. It still won’t be painless but with the right advice and medication you can make it bearable. ‘

Do your research and plan your detox, preferably when you’re not high, so you can relate to it when the time comes. According to the National Association of Drug Abuse you need to look at addiction as a biological, psychological, social and spiritual problem. But in that first week or two you don’t need to think about that. It’s just about getting through the day by whatever means possible.

If you’re struggling with addiction right now and thinking that it might be your time to stop, perhaps just start by making a list of the reasons why you want out and what you’ve got to gain. Follow that up by with a list of your triggers. Keep going and very soon a plan will start to take shape.

The longer you’ve been trying to stop using the more hopeless it can feel but there’s a Chinese Proverb that sums it all up a lot better than I could. It is simply this. “The best time to plant a tree was 20 years ago. The second best time is now.”

NHS – http://tinyurl.com/y8tl3hlc Use this online search facility to find the places to help

Addaction – www.addaction.org.uk Helps people with their drug or alcohol use or mental health worries to make lasting changes in their lives.