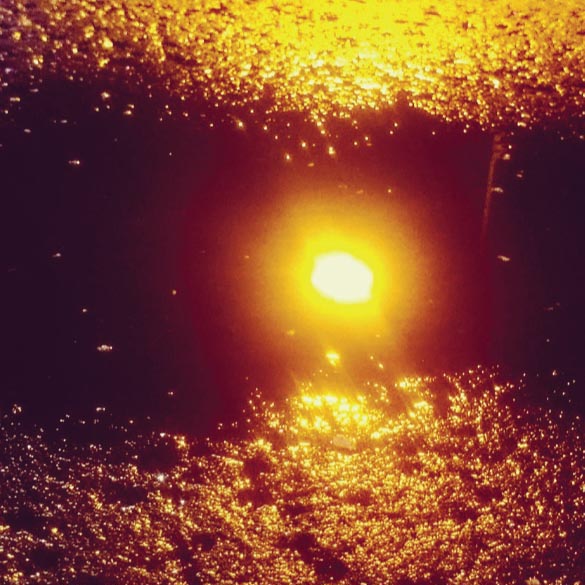 Street Photo © Jamie Jackson
The winter shelters are open. Find out more about them and what to expect

In November the temperature starts to plummet... it’s the kind of cold that goes into your bones. If you’re sleeping on the street – or if you’re sofa surfing and unsure of where you’re sleeping tonight, it’s always tough going. But when winter arrives, it’s brutal.

This is also the time of year when the winter shelters get started again. Some of them will have already opened their doors by the time you read this. Others will be busy preparing, chasing down sleeping bags, floor mats and food deliveries, and signing up volunteers who can check in guests, cook meals and be there through the night to make sure everyone is safe.

The first challenge is finding somewhere to use as a shelter. Many organisations opt for church halls, or a number of them, with five or more taking one night each on rotation through the winter period. It’s called the circuit model and while it’s not perfect, it’s argued that it makes winter shelters possible because it shares the load for volunteers.

It can be hard on you when you’re homeless of course, because you need to keep track of where you’re going each night, and keep track of your stuff too. But those who’ve used them say it works well, and you always arrive to a warm welcome. Those running winter shelters these days not only care, but understand what help people who are homeless need

Even those that don’t have a trained case worker on board will be able to put you in touch with those who can get you support.

For many people, help from a winter shelter can get you off the streets for good. Places like the Robes project, based near London Bridge, saw about 70 per cent of its winter shelter guests from last year go on to find settled accommodation.

It was getting ready to re-open when the Pavement called. As last year they will be operating two circuits, taking up their total capacity to over 100 by late November. Manager Lauren Scott says that the charity aims to create homely atmosphere in the shelters where people can relax and be themselves. That, she says, helps them deal with what else is going on in their lives.

Like many across London, the Robes winter shelters are in church halls and run by volunteers. But in lots of areas there are not enough spaces to go around. In England, there were 4,134 people sleeping on the streets in 2016. Scotland doesn’t do counts, but 1,787 people slept rough the night before submitting a homelessness application in 2014. It’s no surprise that Robes is already approaching capacity.

Most of the places are taken for the first circuit at least. “It’s a terrible word, turnover, but whether or not we have spaces does depend on how many people we see are able to move on,” admits manager Lauren. But she encourages people to enquire and stresses it is not only rough sleepers that winter shelters help. This is a service for anyone who has no home but is looking for a way to find accommodation while engaging with the services that can help.

Robes is run by volunteers, working under a team manager and consequently can only take referrals, though a number of day centres including the Manna Centre, for people with low needs and who are keen to engage with services.

Most shelters in London are now by referral only. And that, says Bandi Mububi, director of the Manna Day Centre near London Bridge, can be a problem for people because of how few day centres are open access in London. Most require you to register – usually a painless process, though he knows it can be off-putting – or even put limitations on such as local connection. But he says there are still some and encourages people

Room in shelters is on a ‘first-come, first-served’ basis. But once you get in you’ll usually get to stay for several weeks or even longer, giving you the breathing space to address issues from benefits to immigration status, even if they can’t immediately be solved.

Meanwhile in Glasgow and Edinburgh, you have to queue for entry every night.

Ruth Longmuir of the Bethany Christian Trust Care Shelter says it is a “lifesaving service”, which to provide a safe and secure place to sleep for people who would otherwise be sleeping rough in Edinburgh.

It provides somewhere to sleep and a hot meal. Eight different services visit the Care Shelter on a regular basis providing advice and support around homelessness, including housing, employment and health.

Last winter, an average of 49 people attended the Care Shelter each night and over the six and a half months it was open, more than 700 individuals were welcomed through the doors. This year it has only been open for a matter of weeks and has already been full regularly.

“Our hope is that the Care Shelter is there for people in their time of crisis and that we will be able to connect them into other services to help them move on to permanent accommodation,” says Ruth.

“We aim to create a warm, family atmosphere where people feel welcomed and valued."

Staff are now considering the possibility of opening a year round shelter due to the “crisis levels” of rough sleeping in the city.

In Glasgow the Winter Night Shelter is run by Glasgow City Mission in support with various partners and held at the Lodging House Mission’s main hall. Every night the tables are packed away and sleeping mats come out.

Graham Stevens of the Mission says: “Our aim is for people to enjoy a safe, warm night’s sleep and then receive help, care and connections to move forward.” The next day there’s help to find accommodation.

None of it is ideal – in 2017 we should be able to offer people much more than a mat on the floor and a sleeping bag. But the reality is that they might just save your life. And that’s got to be worth a try.

Shelters: What you need to know

Shelters are mostly run by volunteers. People here are doing it because they care. The aim is that the stability helps you move on with your life, as well as just helping you survive the coldest months.

Getting access to a shelter is different in every borough in London. Some take referrals from homeless people themselves, some through day centres or support workers. Ask in your local day centre for more information and check the listings.

Accommodation is basic and often provided in church halls. But it will be warm and safe.It may be in a different local church hall every night of the week to “share the load” between volunteers. Many shelters will have a code of conduct. This may include rules about the use of drugs and alcohol.

Most winter shelters are open from December to March – some now also open from November and don’t close till April because they know how many people are sleeping rough. During Christmas week most London shelters will close and guests will be moved to Crisis at Christmas shelters.

Councils have to provide Cold Weather Provision (CWP) for the homeless in times of extreme cold. If it’s very cold (under zero) and you can’t access a shelter ask your council what their emergency response is. They are obliged to put plans in place.

< Getting clean Surviving the streets >