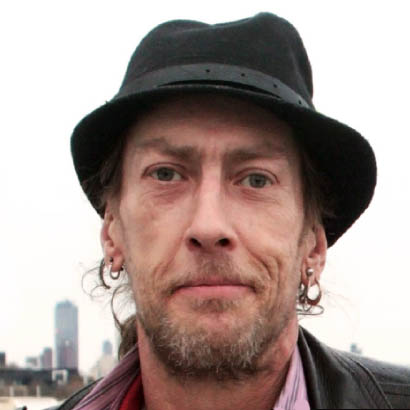 Having spent the majority of my life since 21 either squatting, travelling, sofa surfing or spells living with girlfriends, I’ve mostly had to be in and up at times set by others. So being given a set of keys to a hostel room eight years ago was great! I locked the door and lay back on the bed, what a relief. But this was temporary. OK I had a support worker and I was safer than I’d been while sleeping rough, but now I was surrounded by others who had similar or worse issues with substance use, mental health problems, and alcohol dependency for most. On top of being diagnosed with Hep A, B & C, scans showed I had seven damaged vertebrae. I couldn’t avoid influences so it was very difficult to cope in a hostel environment. I lost a lot of weight, was feeling suicidal often and told the doctor that I wouldn’t survive a third winter in that place.

I’d started CBT counselling, then became a service user rep for my drop-in centre! I also kept bidding for and viewing studio flats but knew I needed a one-bedroom flat. Just before the doctor wrote to get me more points, I viewed and was offered a flat! Wow at last some luck!

Yet again, I had that great feeling of locking my door, laying back on my homemade bed (a sleeping bag on top of a cardboard and bubblewrap mattress), but now I had a tenancy! No annoying key worker banging on my door! No blaggers for roll-ups/Rizla/drink or money any more! I was un-homeless at last!

I had less support, so I had to motivate myself more, pay BILLS! Aargh! But I had control over my life for the first time in a long time.

It’s hard sometimes dealing with isolation and loneliness, but after a few years I have lots of different friends that don’t tempt me. I volunteer with Groundswell! I’ve become a writer for homeless issues and I wouldn’t swap life now for my past-unstable-living any day (apart from maybe the large communal squats where there were always other people around).

I still have people assuming that I’m homeless ‘cos of my appearance. I know different and how much it took to eventually get off the streets and start living my new life with more confidence than ever.