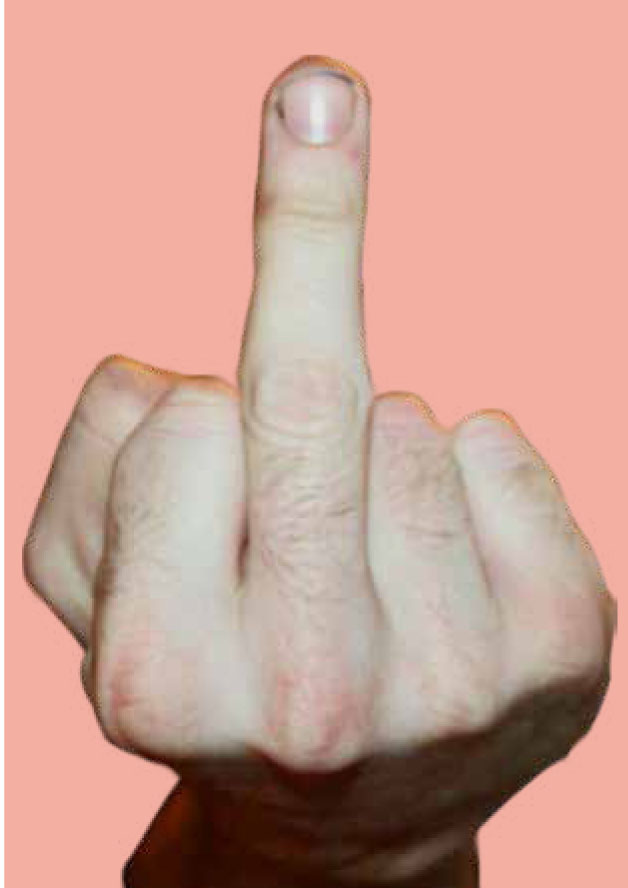 Experiencing anger can make you feel more creative, and by being creative, you can get beyond your pain or negativity. - Yoko Ono
Anger can help. But if you’re eating, you may want to finish before you continue, writes Mat Amp

Here’s how anger can help. But if you’re eating, you may want to finish before you continue...

With the Pavement choosing the theme of toilets and my plan to focus on anger, a story that speaks to both of these elements came quickly to mind.

In what was, to start with at least, a decent house for temporary accommodation, our housemate, in a desperate act of drugonomics, swapped multiple door keys with low level crack dealers for the occasional hit on a crack pipe.

Before we could blink there were upwards of 25 people using and selling crack in a five-bed house. If cocaine and Pinot Grigio fuelled chattering over the dinner table sounds like the din of a junior school orchestra tuning up, then crack on the frontline is far more violent – cutting and chopping the air like a grumpy Kung Fu monkey on steroids.

The bi-weekly police raids, the 24-hour music belting out from the landing (as a fuck-you to anyone who blinked) and the casual brutality that gave a new meaning to the term domestic violence, gradually wore me down into a spiral of hopeless depression. A chronic infestation of bed bugs started to make it all feel biblical – this was my plague of locusts. The weird thing was I never seemed to get angry.

Towards the end of the two and a half years I spent in that place, six guys burst into my room, smashed up the furniture and didn’t leave until someone screamed “the cops are here.” As soon as I’d managed to secure the door I discovered that I’d been stabbed twice. I had to be angry now, right?

But I wasn’t. My spirit was broken and for the first time I felt like a victim. More than anything, I think I might have been scared because I couldn’t get angry. I was a victim and victims don’t get angry.

It took something else to finally light the fuse. The toilet system in our house employed a macerator unit, a box that literally sits behind the toilet and chops up your shite. You will have seen one for sure, but you’re unlikely to have been aware of its contents. In this house with 25 people, whose entire purpose on the planet was to find and smoke crack, which is an extremely strong laxative, the macerator had met its match.

For several weeks leaks came through the ceiling and down the walls of the room below. Then the plumbers arrived, dismantled the macerator and emptied it, leaving a neat pile on the bathroom floor.

They didn’t even tell us it was there, effectively leaving it for one of us to step in. But we were just scum so that’s fine, right? I knew they’d never have treated normal customers that way and it gave me the rage I was so desperate for. I emailed the directors with a photo and demanded the mess was sorted out. It worked. Before long, I’d stopped using and was moved on to a one-bedroom flat where I made my recovery stick.

People often talk about anger as a negative emotion, but the truth is more complex, and sometimes in life you’re gonna need it.

Although you have to take care with anger, you might need it one day to stop yourself feeling nothing or you may need it to get shit done. Whatever you do, don’t let anyone control your anger and don’t get angry about things that don’t matter. Anger is an energy; how you use it is down to you.

• If you are worried about anger issues, ask your doctor for help.
• The advice from the NHS is to exercise, sleep well, eat well, consider yoga, get creative and talk about your feelings. While it’s difficult to do these things when you are on the street, do what you can.
• Good tips on the web, such as https://www.helpguide.org/articles/relationshipscommunication/ angermanagement. htm

< Out of order Reader feedback >