Are you fit for homelessness? That is the outrageous question councils across England are asking, and they’ve hired a private medical company to answer it. The Bureau of Investigative Journalism reveals that NowMedical received more than £2m from at least 118 councils since 2014, in order to carry out medical case reviews. The private company is responsible for recommending whether someone qualifies for priority homelessness support. They do this, despite rarely meeting the subjects of their reviews, for £35 an assessment. The Bureau details the case of a woman and her adult daughter living in temporary accommodation in Bexley. The council employed NowMedical for the assessment, who duly concluded that the council had no obligation to house them. The daughter has autism, a learning disability and several mental health issues, including anxiety, ADHD, PTSD, severe obsessive compulsive disorder, agoraphobia and depression. NowMedical consulted on the family’s case four times meeting neither them, nor their regular doctors. A legal battle later forced the council to admit the family were indeed in priority need of support. There is some good news: Islington council plans to drop NowMedical. 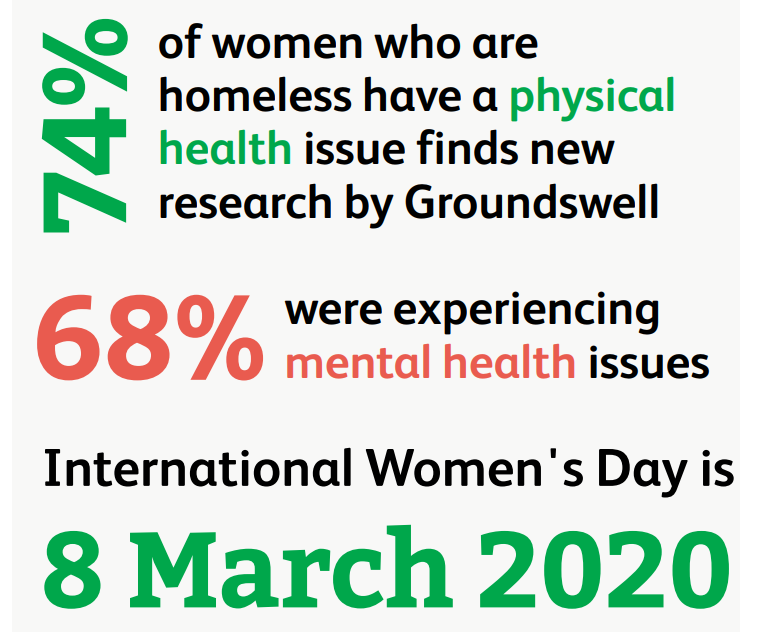 21 years on the buses

A BBC story details the initial plight and subsequent travails of an asylum seeker from Nigeria. Sunny (not his real name) escaped Nigeria after protesting in support of democracy which saw him imprisoned and facing execution. A series of bribes got him to London, where he took a documentary-making course awaiting asylum. His request was rejected, and Sunny was forced into a nomadic life, spending every night sleeping on London buses for 21 years. He has documented his time spent homeless through photography. In 2017 Sunny was granted leave to remain, giving him the right to shelter and work. Now he is working on a photo project with photojournalist Venetia Menzies.

Homeless charity Emmaus Bristol has outlined plans to build tourist accommodation at their HQ in St Pauls using eco-pods made from timber and wheat straw, supported by stilts. The low-carbon pods will be furnished, maintained and managed by people who were formerly homeless. Speaking to the BBC, Jessica Hodge, chief executive of Emmaus Bristol, said: “With homelessness rising we need to do all we can to sustain and expand our work.”

The Northamptonshire Safeguarding Adults Board (NSAB) has not yet published its report revealing the number of deaths among homeless people in the county. NSAB is under pressure to release the report for public viewing, but maintained the report’s contents were for local authorities to divulge. NSAB is responsible for coordinating organisations protecting vulnerable adults. The Northampton Chronicle quoted Robin Burgess, chief executive of the Hope Centre in Northampton, deploring the fact that “homeless deaths are not being taken seriously in this county.”

Artist Anthony Luvera has collaborated with people who have experienced homelessness in cities and towns across the UK for more than 15 years. In February these photo self-portraits, Assembly, were shown at The Gallery at Foyles, London. “People experiencing homelessness have been subject to photographic practices that depict them in ways as passive or pitiful,” Luvera told the Metro, “I teach the participants how to use professional camera equipment tethered to a laptop, over repeated sessions, to enable them to take control of the way they are represented.”

Many readers will be all too familiar with the scourge of hostile architecture. In an effort to punish homeless people, authorities alter public benches with needless studs and prohibitive armrests so that they cannot be sat or slept on. The latest criticism of such callous decisions has prompted Oxford City Council to remove two armrests from a bench popular with people sleeping rough. The council told the BBC that they didn’t fit the extra armrests, but removed them once a member of the public tweeted their disapproval.

In 2011, with austerity beginning to bite, Manchester City Council decided to permanently close 18 public toilet blocks. Today only the Lloyd Street public toilets are left in the city centre, leading to an epidemic of public urination. Even worse, that toilet is locked at 5.30pm leaving homeless people without a pot to piss in (in a literal, proverbial, and ironic sense). Councillors now want to extend Lloyd Street opening hours to around the clock. They also propose opening more public toilets, says the Manchester Evening News.

San Francisco opened its first transitional housing project in late January. The project aims to provide transgender and gender nonconforming people with a supportive, safe space. The accommodation comprises a 13-unit apartment and is the brainchild of the Our Trans Home SF coalition. Local government contributed US$2.3m to the project, according to the San Francisco Examiner. The city will support tenants with rental subsidies, and the apartment’s occupants will receive vocational training and opportunities. Our Trans Home SF estimates one out of every two trans people in the US have been homeless.

The Scottish government released their third annual report on welfare reform in early January, with particular scorn reserved for Universal Credit (UC). Welfare cuts passed down from faraway Westminster had left UC inadequate, putting an estimated 3,320 families close to homelessness. Paired with rising rent, UC has created an explosion in rent arrears, totalling £74m in Scotland, according to the report. Quoted in the Daily Record, Scotland’s housing minister, Kevin Stewart, complained, “Cutting housing benefit by £64 per week for some families puts them at risk of homelessness.”

Readers of the Pavement will be familiar with Glasgow City Council’s (GCC) shambolic neglect of its duty to provide adequate temporary accommodation – aka ‘gatekeeping’. Readers will also know of Shelter Scotland taking GCC to court over the scandal. Now the charity is declaring a major victory in its campaign, after the Scottish Housing Regulator (SHR) intervened. SHR will now investigate GCC’s gatekeeping, with Shelter providing evidence. As a result of SHR’s intervention, Shelter has agreed to pause court proceedings until the regulator’s assessment of GCC is complete. “The inquiry… brings new hope that this grave injustice can be stopped without going to court,” a press release quoted Director of Shelter Scotland, Graeme Brown.

The Glasgow City Mission (GCM) homeless shelter on East Campbell Street is now dog-friendly. Food, bedding and treats have been supplied for pets since early February. The change in rules follows guidance from the Simon Community Scotland and Dogs Trust. According to their report, Paws for Thought, only an estimated 10% of hostels in Scotland are dog-friendly.