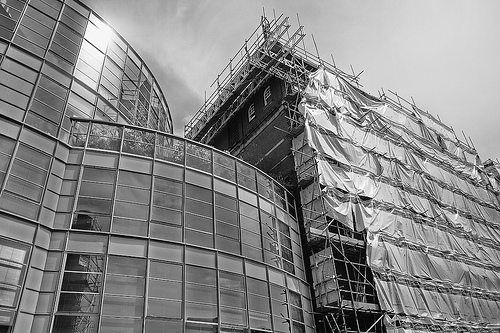 North London's famous Arlington House has reopened after a long and troublesome refurbishment.

The Victorian hostel, famous for once having Eric Blair (George Orwell) as a resident, opened again on 10 June, with 95 units for homeless people alongside 35 studio flats, training facilities and commercial space to rent.

Mayor of London Boris Johnson and artist Tracey Emin attended the opening. It was hosted by Lady Neuberger, from the housing association that took over the refurbishment after Novas Scarman ran into trouble amid allegations of mismanagement of funds. The Pavement covered the investigation last year (Investigating Novas, September 2009).