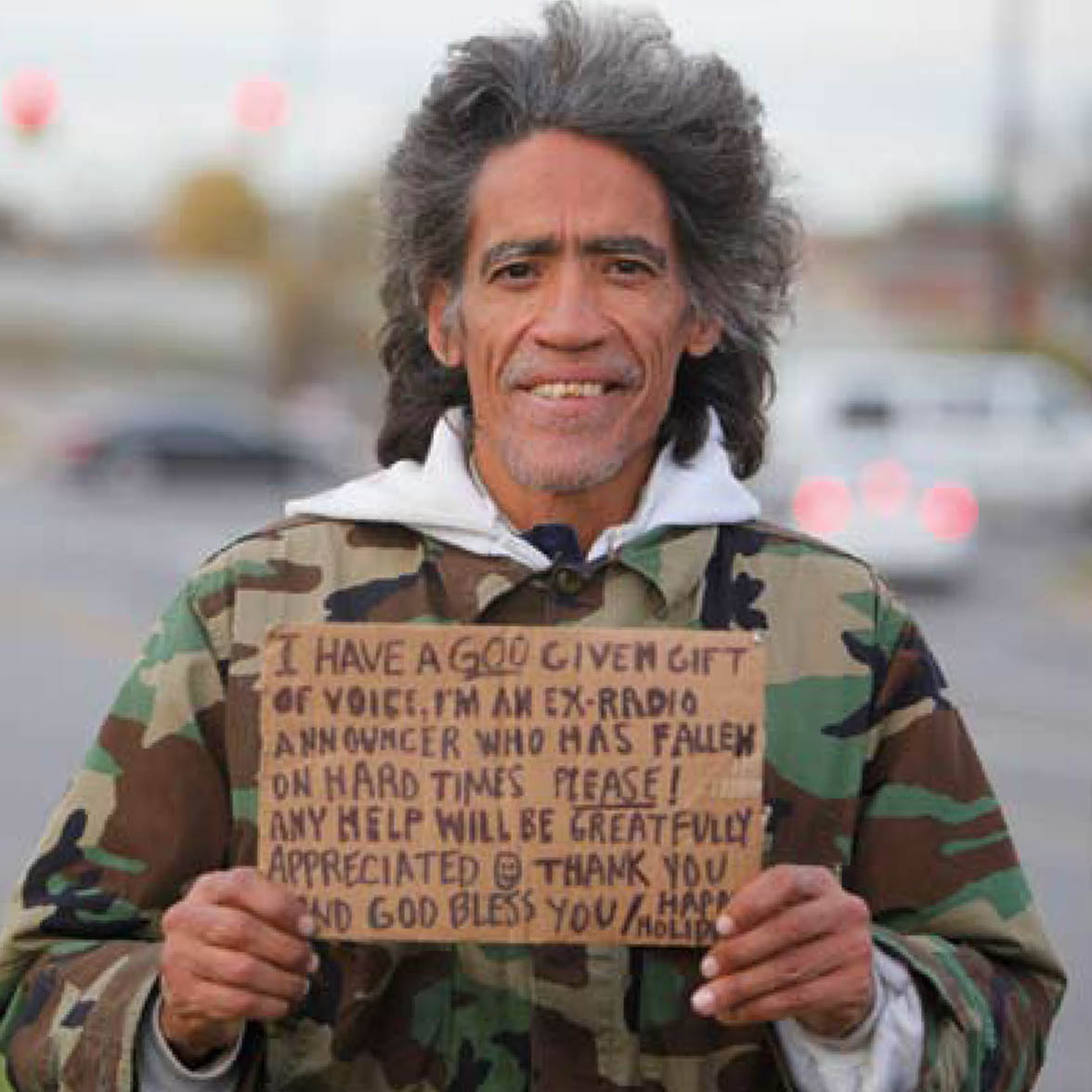 
A former homeless man has become a TV star in the US, all thanks to his "golden voice". Ted Williams first came to public attention when a reporter from a newspaper in the city of Columbus, Ohio, posted a video of him on file-sharing site YouTube. In it, Ted makes a radio-style announcement in a deep, rich voice while holding a sign saying "God-given gift of voice". Ted, it transpired, had worked as DJ in New York and Columbus before losing his job due to drug and alcohol problems.

What happened next is a testament to the influence of social media. Ted became a YouTube phenomenon when his video notched up an amazing 13 million views in the space of 48 hours. The mainstream media got wind of the online sensation and catapulted Ted to nationwide fame and a series of opportunities he might never have thought possible. Within two days of the clip being posted, Ted was offered a job by his local basketball team, the Cleveland Cavaliers, and there were rumours of TV work coming his way. With a new haircut and a new lease on life, Ted travelled to New York to appear on the Today show. He was also reunited with his mother, Julia, after 10 years apart. Conscious of his chequered past, she told him, "Do not disappoint me".

With his new fame came certain drawbacks. That tearful reunion with his long-lost mother was delayed due to TV networks arguing over which of them would get the chance to film - and cash in on - the meeting. Ted also admitted he thought he would have problems dealing with his new-found celebrity, and resolved to see a therapist to help him cope. That Ted has some serious problems to deal with in his personal life became clear when he was arrested for apparently fighting with his 29-year-old daughter.

Ted also had to play out his personal traumas in public in front of a huge audience when he appeared on the popular Dr Phil programme. On the show he discussed his previous addiction problems with TV psychologist Phil McGraw. In front of a national audience, Ted was forced to admit to previous violent behaviour and stealing cars. A day after his first appearance on Dr Phil, Ted returned to announce he was going back into rehab to kick his alcohol and drug habits for good. As we go to press, Ted is rumoured to have left rehab in Texas after two weeks in.

We hope he gets a chance to catch his breath soon.