Star in the making 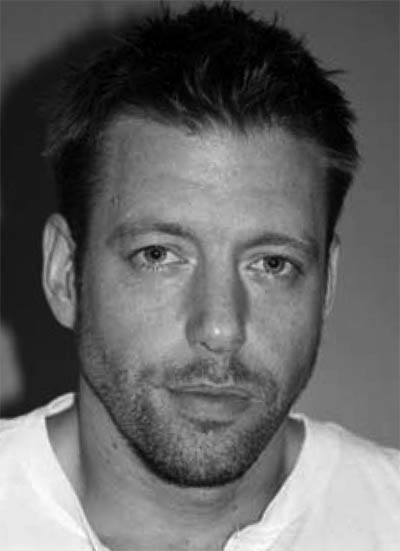 From homeless teenager to rising actor - and all it takes is hope, he says

For many readers, it might be hard at times to believe life will ever improve. But James McCabe is an example of how thing can turn around, having not only got off the streets but gone on to become a successful film star.

McCabe became homeless when he was 16 years old, a week before he was due to take his GSCE exams. He spent several nights sleeping rough on the streets of London, during which time he was in danger of spiralling downwards.

“I felt like the world hated me and didn’t care,” he told The Pavement. “I felt I had been left behind by the world. People I knew of my age were all lucky enough to be clothed, fed, accommodated and cared for by their families and were starting colleges or universities... whilst I was struggling to eat from day to day.”

On the streets, he said, it was increasingly difficult to keep away from people who were trying to draw him into activities he wanted no part in. He knew it was only a matter of time before something bad happened to him and that he had to seek help.

He went to a homeless persons unit in Woolwich and was connected to social services, who then found him temporary housing. After that, he moved back to Peterborough, where he reconnected with members of his family.

More recently, he took up acting. He played the lead role in Love Is..., a film which last year won the Northants Film Festival. He has been taken on by the London agency Jackie Nicholson Associates, one of just two ‘untrained’ actors to be picked up by the agency in the last 18 years.

He made a film called The Black Sight, with the well-established actress Anna Walton, which is due to be released in November. Now, he is filming The Curious Appearance Of Mr Fiddlewitz, which is likely to be shown on the BBC.

McCabe believes his story could offer inspiration to homeless people not to give up even though things can seem really hard.

“It’s so easy to fall into self-destruction mode when you feel the world does not care,” he said. “Anyone in that situation needs to realise that in time it will change. It will not last forever, and as long as you retain hope deep inside yourself, you can do it and it will happen."

< Big Issue vendors to be given iPhones Well done, Hugh >