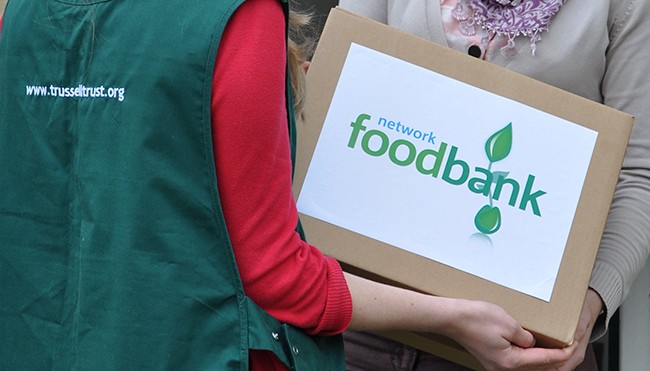 A scheme to give food vouchers to shoplifters has been suspended after a public outcry this month.

Police in Stoke-on-Trent had given the vouchers to people they believed were stealing because they were desperate for food. But, following reports on the scheme in tabloid newspapers, the police and crime commissioner for Staffordshire, Matthew Ellis, has called for it to be reviewed.

Ellis said the hand-outs were “well-intentioned” but risked sending “mixed messages about offending”, creating a perception that criminals were getting a “reward”.

A spokesman for Staffordshire Police said: “Since March this year 5,833 people have been dealt with at our northern custody facility in Stoke-on-Trent and of those, seven, given their circumstances, were deemed eligible to be given vouchers.

“These were some of the most hard-pressed individuals that our officers had seen and they used their professional judgment to give them food vouchers provided by a local charity.”

The officers’ decision to give out the vouchers was backed by local councillor Janine Bridges, who sits on the county’s crime and police panel. Bridges said: “If somebody has committed a serious offence, then I am absolutely in favour of proper punishment to fit the crime. But you have got to allow professionals to make these decisions and be empowered because they are the ones at the frontline dealing with the issues on a daily basis.”

However, Matthew Sinclair of the TaxPayers’ Alliance said: “Police need to be very careful they do not endorse the idea that shoplifting is a legitimate response when people fall on hard times.”

The vouchers entitled recipients to three days’ worth of food from the Trussell Trust, which runs more than 370 food banks across the country and gave food to almost 350,000 people last year. Chris Mould, its executive chairman, said: ”If police officers are able to choose an alternative way of dealing with someone who they believe is genuinely in trouble and has made a mistake, that actually costs the country less in the long term than taking them through the courts, but that is a judgment they make.”

New figures from Citizens Advice show a 78 per cent increase in inquiries about food banks over the past six months – a rise the charity described as “alarming”.